Mosco GALIMIR, a writer, and his daughter Marguerite, a cellist in the famous Galimir Quartet, obtained Portuguese passports from Aristides de Sousa Mendes in Bordeaux in June 1940, and they resided at the Portuguese Consulate for a period of about two weeks.

They crossed into Portugal and later sailed from Lisbon to New York on the vessel Excalibur. Mosco GALIMIR sailed ahead on May 23, 1941 and Marguerite GALIMIR left Portugal on June 21, 1941. 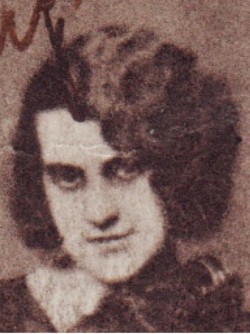 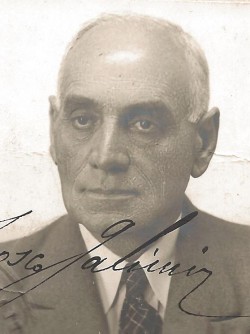 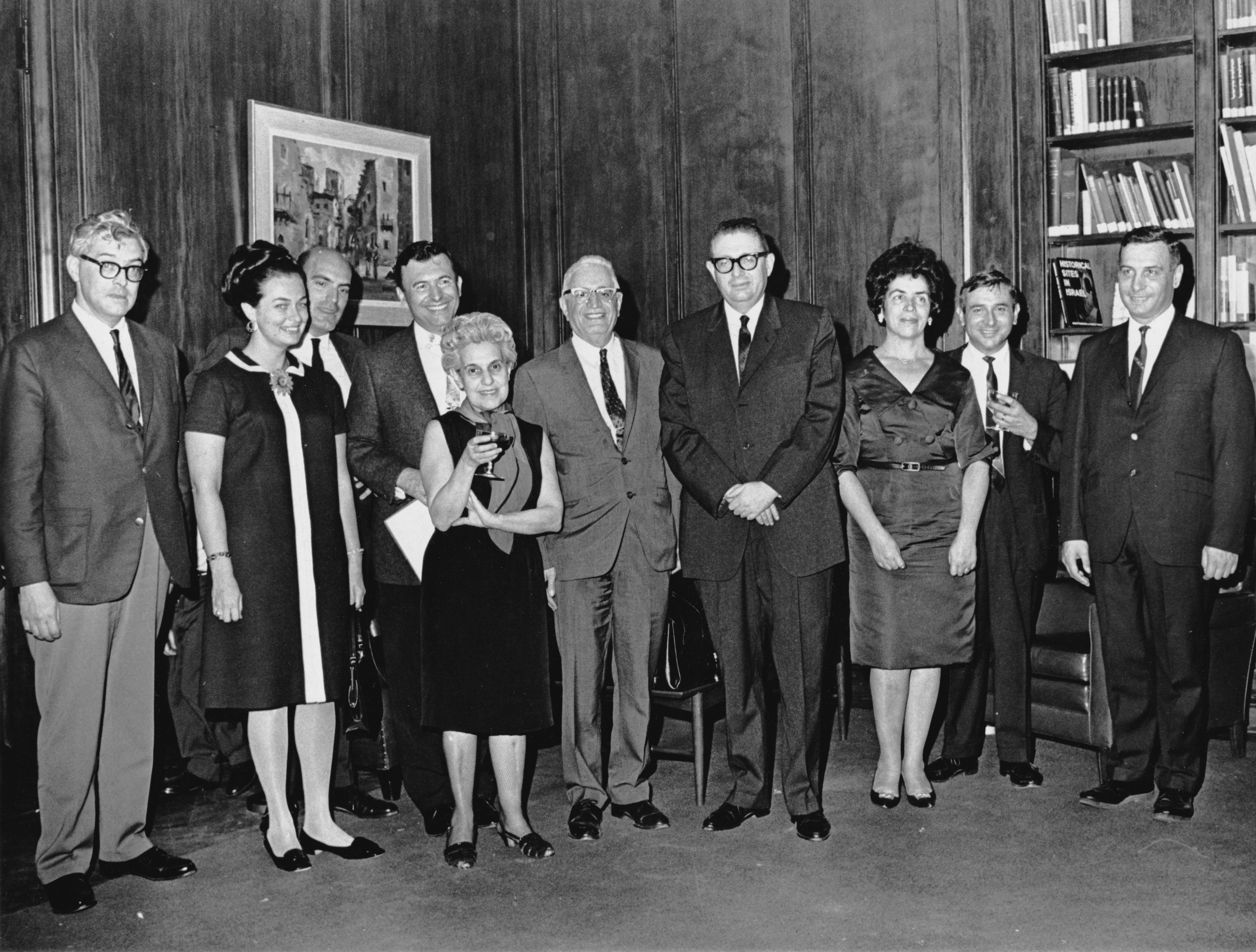 Marguerite ROLLINS née GALIMIR, fifth from left, at the Israeli Consulate in New York in October of 1967 on the occasion of the ceremony bestowing the Medal of the Righteous to the Sousa Mendes family 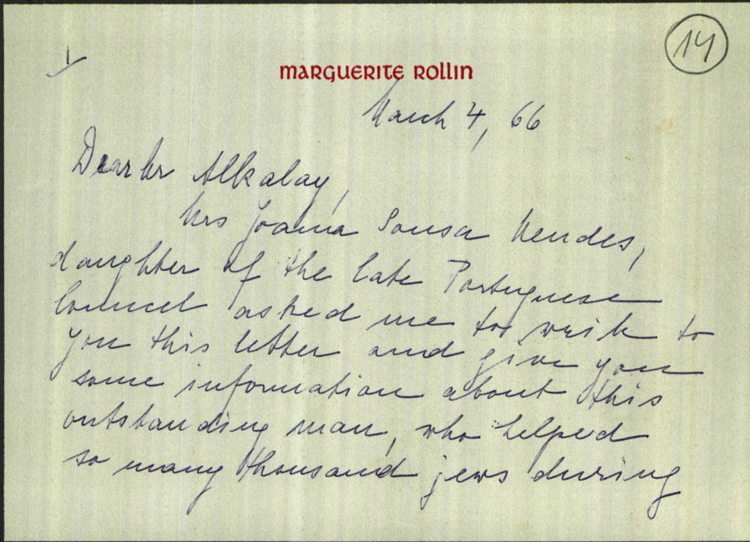 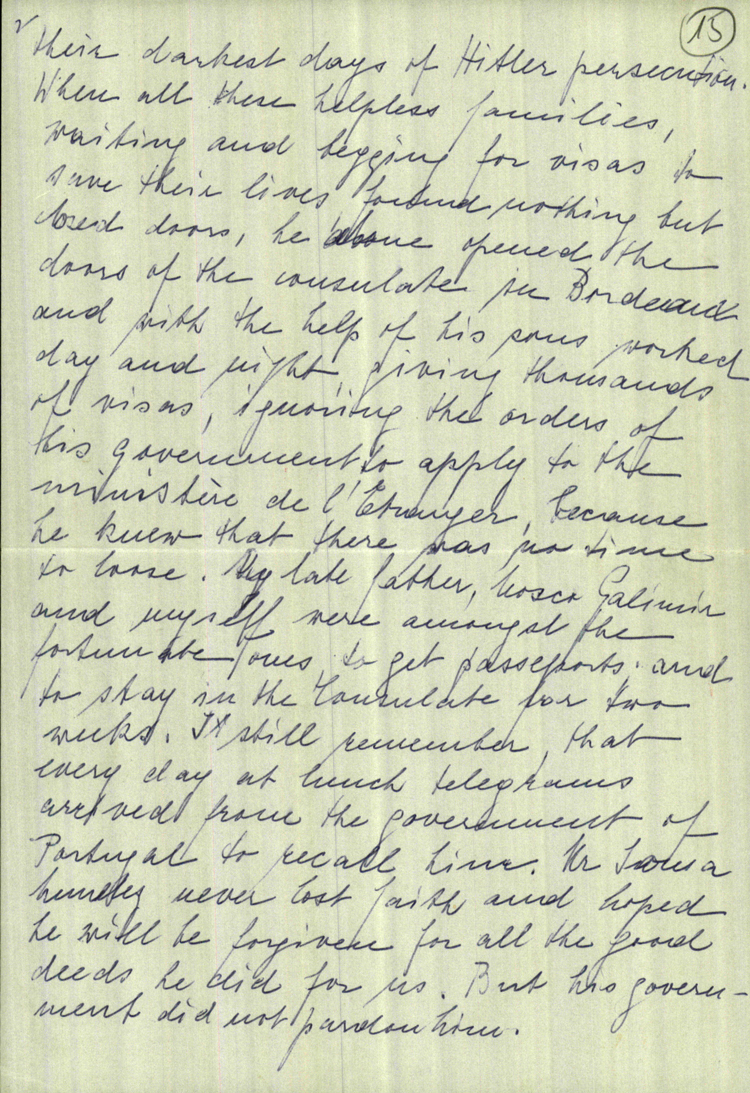 Letter from ROLLIN to Alcalay, page 2 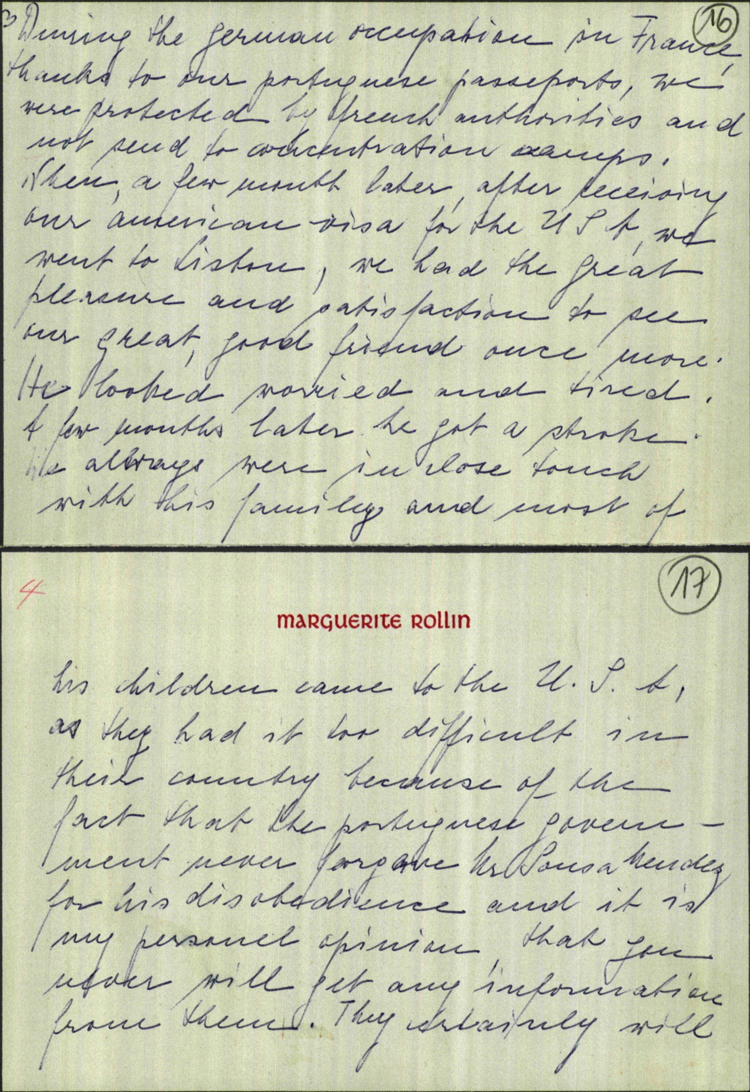 Letter from ROLLIN to Alcalay, pages 3-4 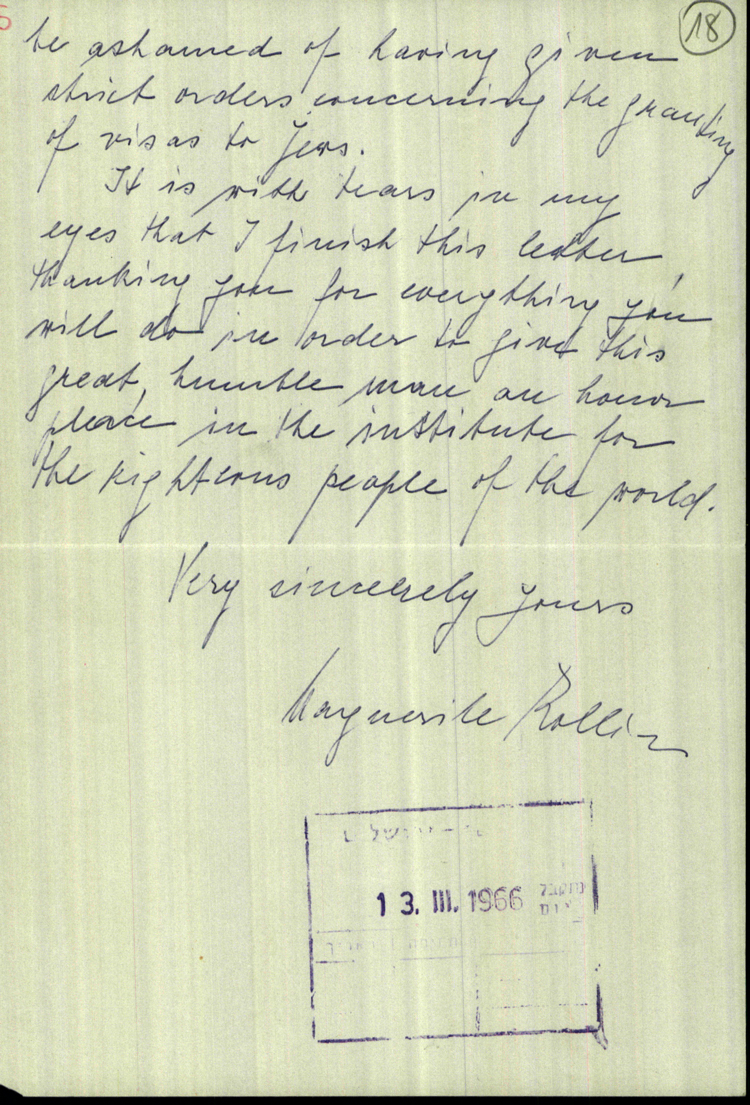 Letter from ROLLIN to Alcalay, page 5

Mrs. Joana de Sousa Mendes, daughter of the late Portuguese Consul, asked me to write to you this letter and give you some information about this outstanding man who helped so many thousand Jews during their darkest days of Hitler persecution.

When all these helpless families, waiting and begging for visas to save their lives, found nothing but closed doors, he alone opened the doors of the Consulate in Bordeaux and with the help of his sons worked day and night giving thousands of visas, ignoring the orders of his government to apply to the Ministère de l'Etranger, because he knew that there was no time to lose. My late father, Mosco Galimir, and myself were amongst the fortunate ones to get passports and to stay in the Consulate for two weeks.

I still remember that every day at lunch, telegrams arrived from the Government of Portugal to recall him. Mr. Sousa Mendes never lost faith and hoped he [would] be forgiven for all the good deeds he did for us. But his Government did not pardon him.

During the German occupation of France, thanks to our Portuguese passports, we were protected by French authorities and not sent to concentration camps. When, a few months later, after receiving our American visa for the United States, we went to Lisbon, we had the great pleasure and satisfaction to see our great, good friend once more. He looked worried and tired. A few months later he got a stroke. We always were in close touch with his family and most of his children came to the U.S.A., as they had it too difficult in their country because of the fact that the Portuguese Government never forgave Mr. Sousa Mendes for his disobedience, and it is my personal opinion that you never will get any information from them. They certainly will be ashamed of having given strict orders concerning the granting of visas to Jews.

It is with tears in my eyes that I finish this letter, thanking you for everything you will do in order to give this great humble man an honor place in the institute for the righteous people of the world.