June 1940 — a refugee crisis of historic proportions. Paris is occupied. Millions of refugees fleeing the advancing Nazi troops rush to Bordeaux, in the South of France. A veritable sea of humanity comes seeking passage to England, Spain, Portugal, and, by these routes, to America.An anxious crowd surrounds the Consulate of Portugal, an officially “neutral” nation. The Portuguese Consul is a man named Aristides de Sousa Mendes. But Portugal’s Prime Minister Salazar has forbidden its diplomats to open Portugal’s borders to “undesirables” – specifically Jews, refugees from occupied countries, and “stateless” persons. The Consul, plunged into a moral crisis, takes to his bed for three days. Should he disobey, and thus jeopardize his career and the safety of his family? When he emerges from his room his hair has turned white. But his face is calm as he announces his decision. 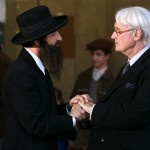 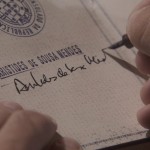 The Signature That Saved Thousands 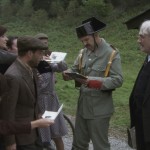 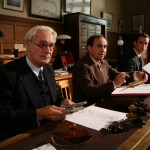 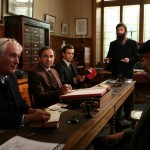 The ‘Assembly Line’ That Enabled Thousands of Life-Saving Signatures 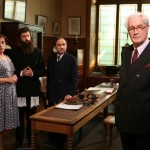 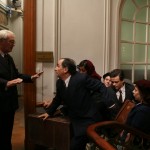 The Diplomat & The Refugees