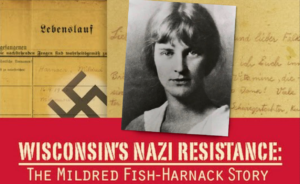 Mildred Fish-Harnack was the only American citizen executed on the personal orders of Adolf Hitler. Born in Milwaukee, she was a member of the anti-Nazi resistance group in Berlin known as the Red Orchestra.  Learn about this brave woman of valor whose story remained hidden for decades and is now coming to light. END_OF_DOCUMENT_TOKEN_TO_BE_REPLACED

Learn about a small Ashkenazi Jewish community that settled in the African country of Uganda after World War II. With no rabbi or Jewish infrastructure, this community of twenty-three families formed a cohesive group that celebrated all Jewish festivals together and upheld their Jewish identity. There is also a small but vibrant indigenous Jewish Ugandan community that survived persecution under the regime of Idi Amin and that survives to this day. Meet representatives of both communities.

END_OF_DOCUMENT_TOKEN_TO_BE_REPLACED

The Albanian Code from award-winning Israeli filmmaker Yael Katzir tells the little-known story of how thousands of Jewish refugees in Albania were rescued in World War II. Ennie Altaraz, who was saved there having escaped from Yugoslavia, decides to return to say thank you. This voyage is full of surprises, discovering how a nation bound by its moral code saved refugees and recognizing Albania’s unique wartime role in rescuing the persecuted. END_OF_DOCUMENT_TOKEN_TO_BE_REPLACED 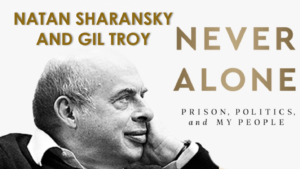 Meet Natan Sharansky and hear him tell his personal history. He will be in dialogue with historian Dr. Gil Troy, and they will take your questions.
END_OF_DOCUMENT_TOKEN_TO_BE_REPLACED