They crossed into Portugal, where they resided in Figueira da Foz. From Portugal, Tereska SZWARC went to England to join the Free French Forces, and the remainder of the family went to North America.

In April of 1941, Alexander SZWARC, his wife Sonja and their children Jerzy and Maria Violetta, sailed on the vessel Guiné from Lisbon to New York. From there they traveled to Canada, where they settled. 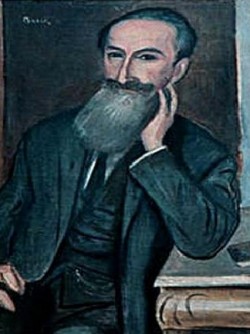 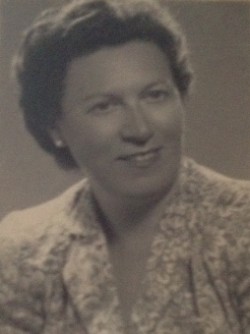 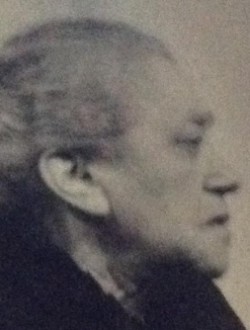 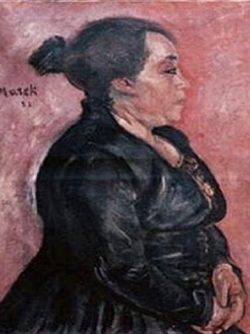 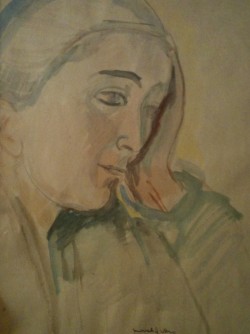 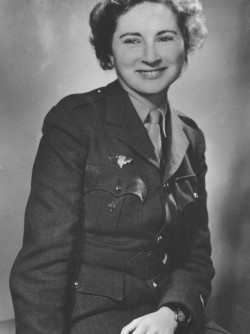 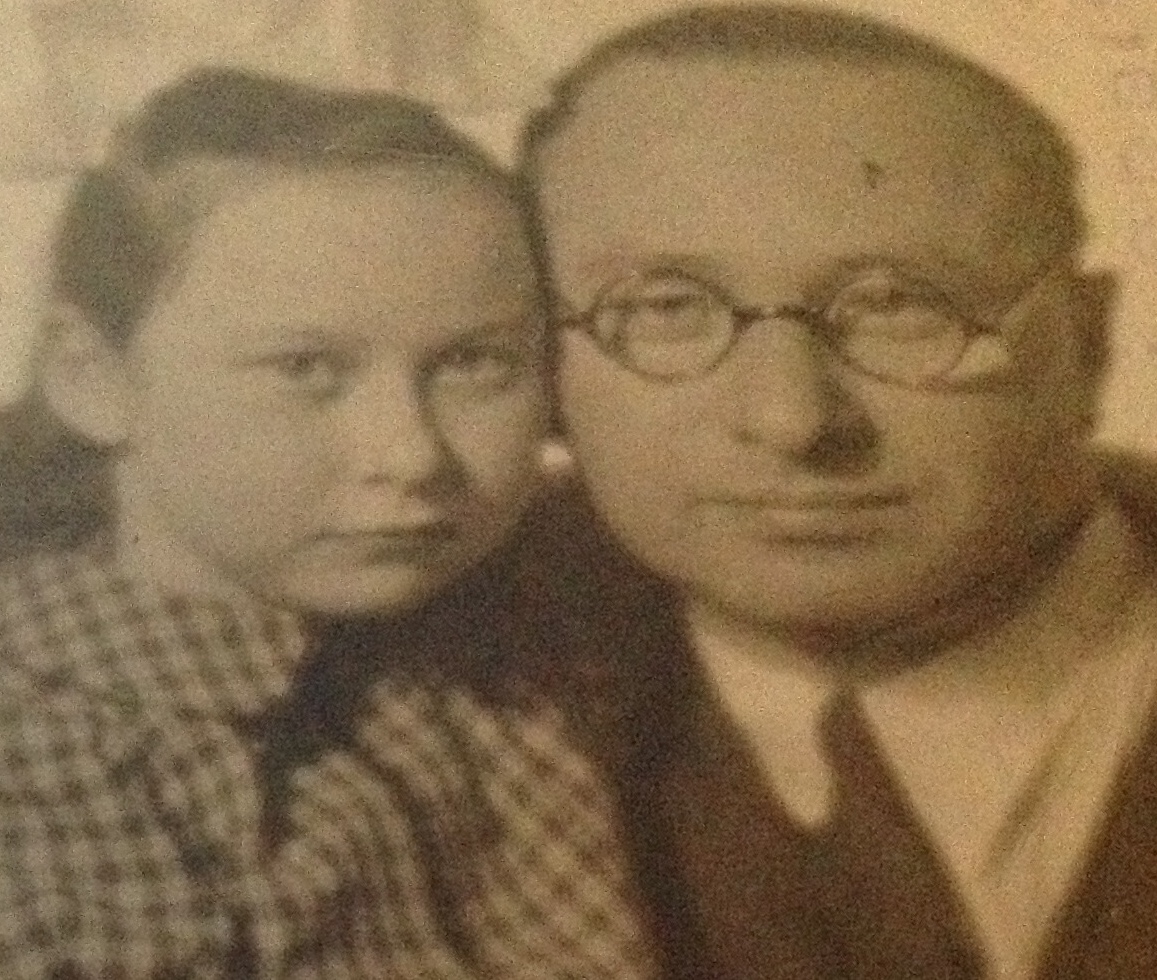 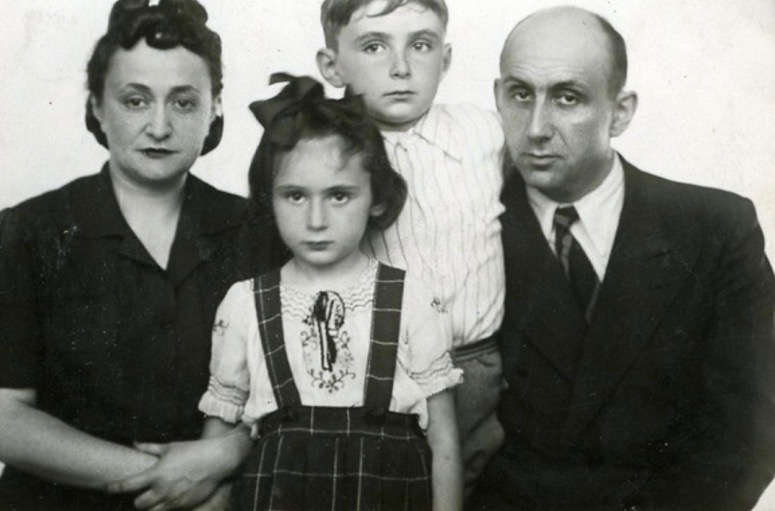 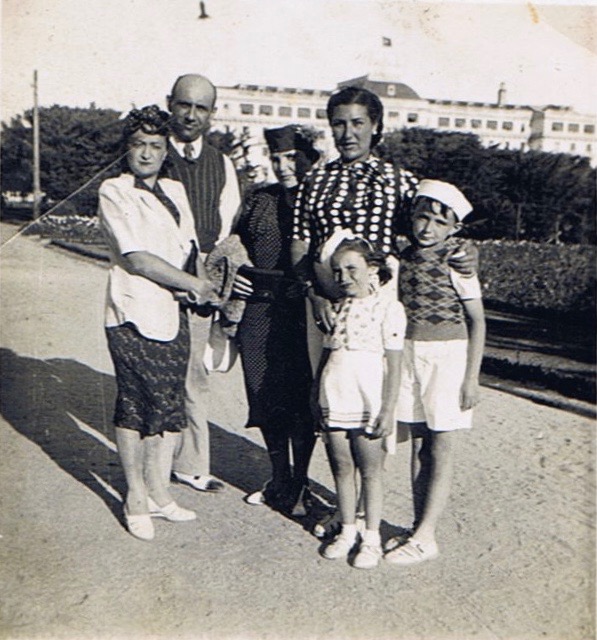 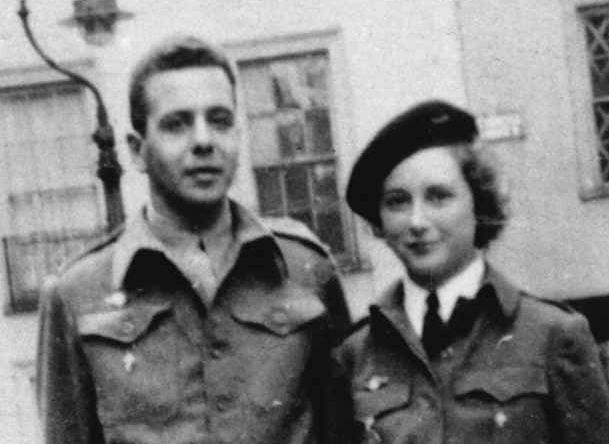 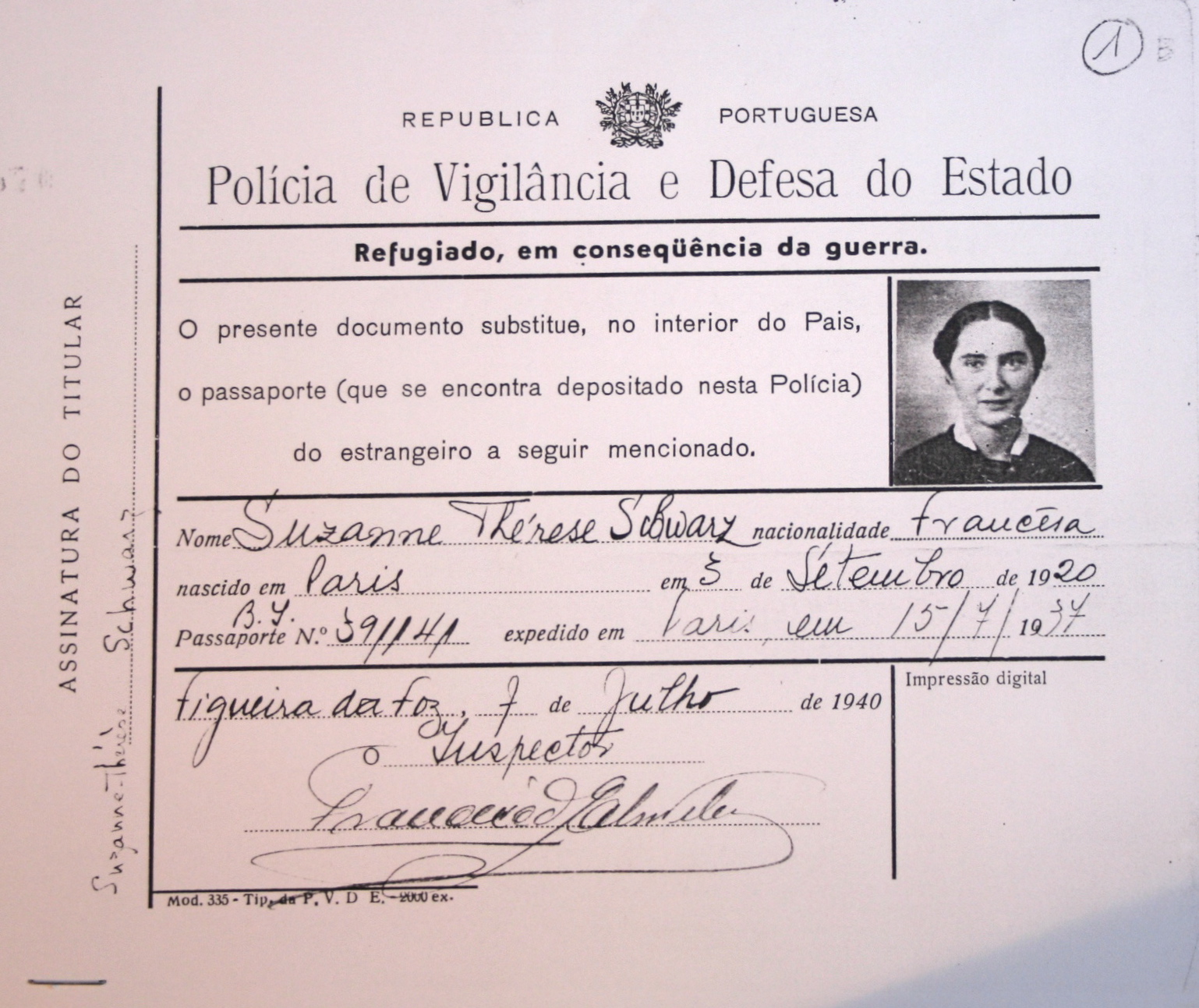 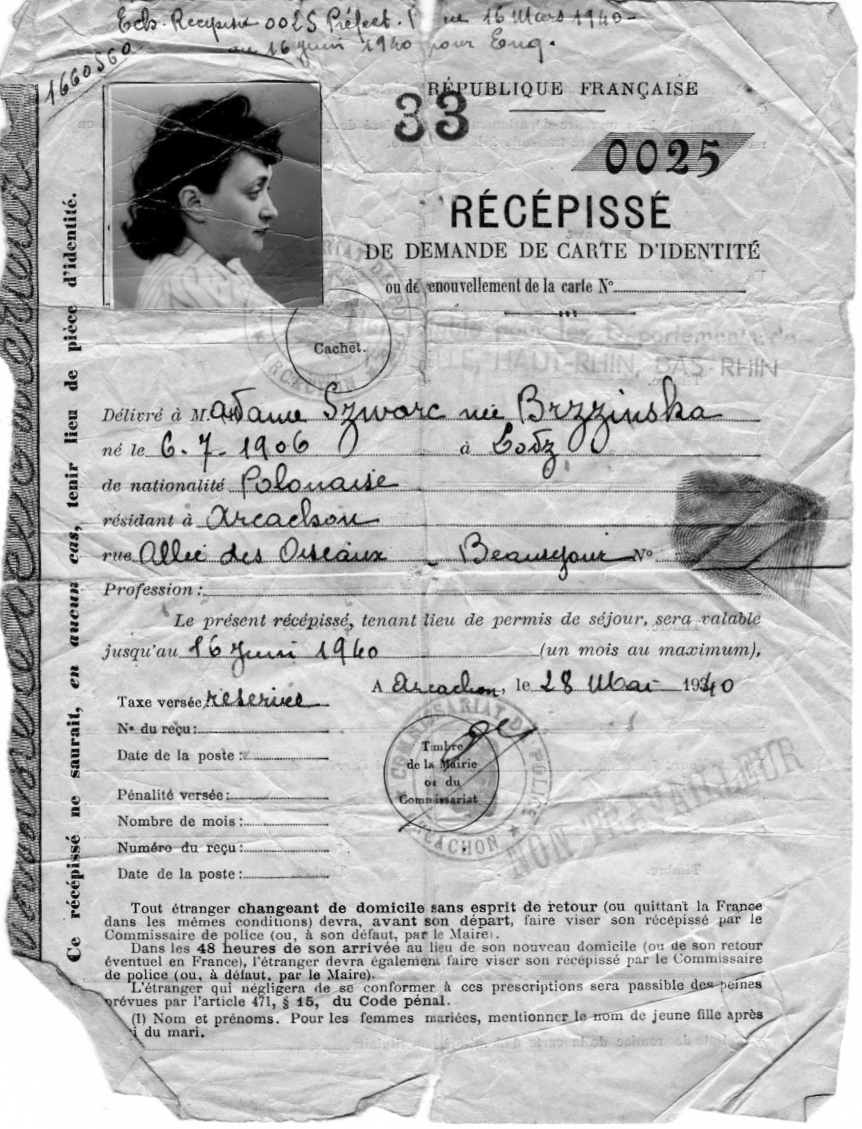 Everyone was leaving Paris–all the prominent people, and all the people in government circles, including some of our friends, and everyone who had a car. We had no car. We left on a train that was crowded like a subway. We were going to St. Jean de Luz, where we could stay with my father's cousins.

We were certain we would be back soon; so certain that my mother left the family silver and all our other possessions unlocked in the house, simply telling the concierge to keep an eye on things. And I left my Teddy bear sitting on my bed. He was just exactly my own age, and he had slept with me all his life. It was for him that I wept when I thought of the Germans taking possession of our house.

After three almost unbearable days of crowding and confusion, of trains that stopped running and trains that changed destination, we all arrived at St. Jean de Luz, where the sun shone, and there was a beautiful beach, and there was the sea. The war seemed very far away.

On the twenty-fifth of June, 1940, I went with my mother to Biarritz, where there was a Portuguese consulate [sic: should be Bayonne]. We applied for visas for ourselves and my grandparents, and we were among the very last to receive them.

The next day we took the train to Hendaye. We got out and approached the customs station on our side of the international bridge. We could see the Spanish flag floating across the bridge, but on our side there was no flag; our tricolor had already been taken down. But at least there was no swastika. As the customs man stamped our passports, he said, "Les salauds, they won't remain here long."

We walked across the bridge, managing to lug all of our baggage. After the formalities on the other side, we took a taxi to the railway station at Irún. On the way the driver stopped at the check post, and while our papers were being examined, a carful of German soldiers drove up. Our driver gave the Hitler salute. I shuddered. But the Germans did not question us, and we drove on.

My family, eleven people, was saved in Bayonne because of the courage of the Portuguese Consul, Aristides de Sousa Mendes, who gave us visas to escape the arrival of the German army in June 1940. There was my mother, Guina Szwarc, and myself escaped from Paris; my grandparents, Ludwik and Zofia Pinkus, escaped from Lodz; my Pinkus cousins and their young daughter, escaped from Poland to Belgium and from Belgium to France; and my uncle, Alexander Szwarc, an officer in the Polish army and his wife Sophie and two young children Jerzy and Maria Violetta, escaped from Lodz. All these people found themselves in Saint Jean de Luz and Arcachon that end of June with the Germans arriving any day to occupy the town.

With the visas we were saved. We arrived in Lisbon from where we left for England where my father had already arrived with the Polish army that he had joined after the fall of Poland in 1939. In London, I joined immediately the women's army of General de Gaulle. Eventually my uncle Alexander and his family left for Canada. My cousin's wife (Pinkus) joined the Polish Red Cross in England. The Pinkus cousins after the war settled in Belgium.

These visas that day in Bayonne saved our lives but also allowed us to live useful lives. In our names, the 11 people of my family, I am eternally grateful to that great man. I hope that Portugal will erect a museum to him among the museums honoring Portugal's heroes.

I was five in 1940, and my brother was four years older. I actually remember us in the car going south from Paris -- not sure which leg of the journey I remember -- only that there were two cars for us and friends and one car broke down so many of us were squeezed into one car and had to hold the luggage out the window. I have no memory of the name of the towns.

I remember the Spanish crossing because my father was taken away, and we thought he wouldn't be allowed back to join us. Luckily he was. At the Portuguese border, my uncle Samuel was waiting for us. During the nine months in Portugal, my brother went to an English boarding school. I went to a French day school for girls.

Portuguese law did not allow foreigners to work so my parents and their friends spent their days in street cafs. Their lives appeared idle on the surface, which led to some local hostility. The Portuguese authorities did not help the refugees; they depended entirely on funds from the American relief organizations, the HICEM and the Jewish Joint, distributed by the committee for refugees of the Lisbon Jewish Community. We were helped by our uncle.

We spent a lot of time on the beach at Estoril. My father tried to get a visa to the U.S. but was unsuccessful. He had a choice of South America or Canada. Canada had made an agreement with the Polish army in exile to accept a certain number of Polish engineers, so he chose Canada. We set sail on the Guiné for New York.