Courageous and Creative Portuguese Diplomat who Saved Salvador Dali, the Authors of Curious George, and Thousands of Other Holocaust Refugees to be Honored 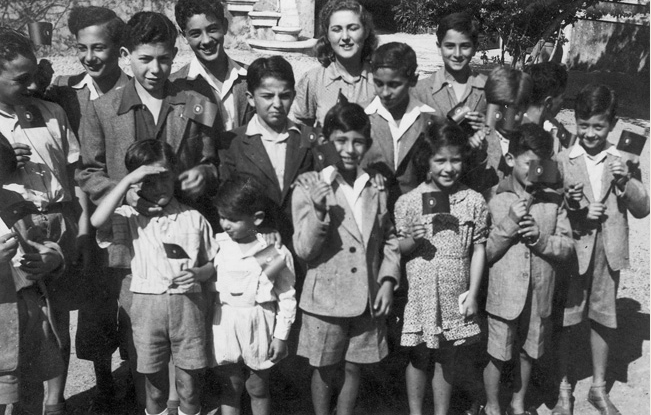 Portugal was the “last hope” for thousands of refugees seeking to escape Nazi-occupied France.  Aristides de Sousa Mendes, the Portuguese Consul-General in Bordeaux, France,  rescued thousands of refugees in the spring of 1940.  He issued visas contrary to the strict orders of his government, forcing open an escape route where none previously existed. After crossing into Portugal, these refugees found a temporary safe haven and were warmly received by the Portuguese population.  There the refugees awaited onward destination visas and ship passage to the United States, Latin America and elsewhere with help from the American Jewish Joint Distribution Committee and other aid organizations based in Lisbon.  Although harshly punished by his government for his action, Aristides de Sousa Mendes was posthumously named Righteous Among the Nations by Yad Vashem in 1966. “Portugal, the Last Hope” commemorates the 50th anniversary of this honor.

“When following orders was the order of the day, Aristides de Sousa Mendes refused to be an accomplice, whether on account of expediency or complacency, to monstrous attacks on human dignity,” said Jason Guberman, Executive Director of the American Sephardi Federation. “The Holocaust-era heroism honored in this multi-partner exhibit and program should inspire others to follow in Aristides de Sousa Mendes’ stubbornly conscientious and creative footsteps on behalf of freedom,” he added.

The Holocaust scholar Yehuda Bauer describes the heroic feat of Aristides de Sousa Mendes as “perhaps the largest rescue action by a single individual during the Holocaust.”  The rescued families ended up in the United States, Canada, Brazil, Israel, the United Kingdom and elsewhere across the globe and began new lives, while Sousa Mendes himself was put on trial by the Portuguese government for “disobedience” and was harshly punished.  Some of the visa recipients were prominent, such as the artist Salvador Dalí and the authors of Curious George, Hans and Margret Rey.  But most were ordinary families escaping the horrors of Nazi persecution.

The artifacts on display at the Center for Jewish History, including original passports with visas, dolls carried by child refugees, war diaries and other objects, come from the Sousa Mendes family as well as families that survived thanks to the diplomat’s help, and are being provided by the Sousa Mendes Foundation. Other materials, such as unpublished images and films, are being provided by the “Vilar Formoso, Frontier of Peace” museum.  On the night of the opening and for a few days following, there will be a display in the lobby of never-before-seen documents concerning Aristides de Sousa Mendes from the collections of the YIVO Institute for Jewish Research, Center for Jewish History.

The project has been organized in partnership with the Portuguese Consulate of New York, the Sousa Mendes Foundation, and the Municipality of Almeida, Portugal, with co-sponsorship of the American Jewish Historical Society, the Aristides de Sousa Mendes Virtual Museum (Portugal), the Centro de Portugal Office of Tourism, the Leo Baeck Institute, and the Luso-Americano Foundation. A related exhibition, with some of the same artifacts, was recently held at the Los Angeles Museum of the Holocaust.

The evening program begins promptly at 6 p.m. and includes remarks by Manuela Bairos, Consul General of Portugal at New York and António Baptista Ribeiro, Mayor of Almeida, Portugal, site of the future “Vilar Formoso: Frontier of Peace” museum. Additional features will include the screening of historical footage of the 1940 exodus through Portugal, introduced by Luisa Pacheco Marques and Margarida Ramalho, architect and historian of the future museum. A conversation with Sousa Mendes visa recipient Jean-Claude van Itallie and Sheila Abranches-Pierce, granddaughter of Aristides de Sousa Mendes, will be moderated by Olivia Mattis, President of the Sousa Mendes Foundation. Music by Pedro da Silva, Portuguese guitar.