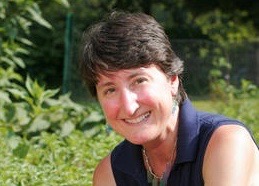 Scarsdale High School teacher Maggie Favretti, founder and advisor of the international group “Students for Refugees,” will be honored by the Sousa Mendes Foundation, an organization named for Aristides de Sousa Mendes, a rescuer of thousands of Holocaust refugees. The event — which will be a luncheon titled “A Toast to Freedom!” — will be held at the Museum of Jewish Heritage, 36 Battery Place, New York, NY, on Sunday, October 29, 2017, from noon until 4 p.m.

Maggie Favretti is a believer in learning by doing, and has created a number of empowering courses, including Food Policy and Justice, and City 2.0. In 2016, she and a colleague in Germany designed an exchange with the purpose of studying the refugee crisis with a small group of students. The students created Students for Refugees, which now has 20+ chapters in Westchester and around the world, and which supports students in their efforts to help refugees, advocates for refugee youth, and directly assists in resettlement.

Other honorees at the event will be Congressman Jerrold Nadler (D-NY) and psychologist and author Dr. Eva Fogelman. Congressman Nadler is a tireless advocate for contemporary refugees, and Dr. Fogelman is an authority on Holocaust history and the rescuer personality. She is the author of Conscience & Courage: Rescuers of Jews During the Holocaust.