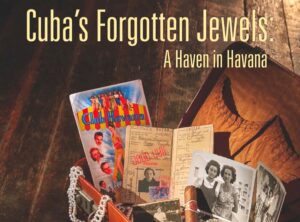 Cuba’s Forgotten Jewels was born of the tales that Marion Kreith told her daughter, co-director Judy Kreith, over the years. Marion escaped war-torn Europe as a young girl with her family, evading Nazi capture and crossing the Atlantic to a tropical paradise. In this film, her story mingles with the personal accounts of other refugees who recall their escape to Havana and the challenges they face in an exotic and unfamiliar land. With a stunning musical score of Jewish melodies and the pulsating music of Havana, the film merges the realities of two vastly different yet intermingled cultures, bringing this colorful and uplifting piece of history to light. END_OF_DOCUMENT_TOKEN_TO_BE_REPLACED 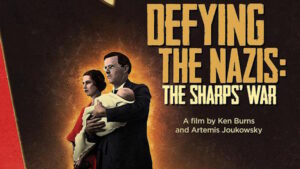 END_OF_DOCUMENT_TOKEN_TO_BE_REPLACED

From Israeli director Yael Katzir comes a glorious and uplifting story of rebirth and renewal after the Holocaust. Filmed on location in Southern Italy, Shores of Light tells the unknown true story of thousands of survivors who ended up in the region of Salento en route to what was then Palestine. Welcomed by the local population, which was economically poor but rich in human compassion, many of the refugees stayed, married and had children before eventually moving on to their intended destination. It was a time of healing with the promise of a future full of hope.

END_OF_DOCUMENT_TOKEN_TO_BE_REPLACED 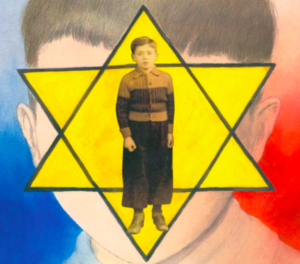 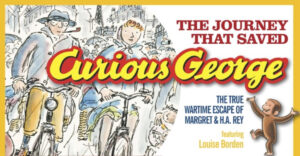 Author-illustrators Hans and Margret Rey fled Nazi-occupied France on handmade bicycles with the manuscript to the first Curious George book among their meager possessions. Thanks to a fortuitous encounter with Aristides de Sousa Mendes, they were all saved. Meet Louise Borden, author of The Journey That Saved Curious George, and Sheila Abranches-Pierce, granddaughter of Sousa Mendes. The program moderator will be Robert Jacobvitz.  This will be a fun program, appropriate for all ages.

END_OF_DOCUMENT_TOKEN_TO_BE_REPLACED 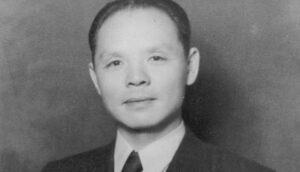 Dr. Feng Shan Ho was a Chinese diplomat stationed in Vienna during the time of Kristallnacht. Thanks to him, thousands of Jewish refugees were able to escape to Shanghai, where they found a safe haven. Feng Shan Ho was recognized in 2000 as Righteous Among the Nations.  Together we will watch a 20-minute preview of the new PBS film Harbor from the Holocaust (2020, dir. Violet Du Feng). Then meet the diplomat’s daughter Manli Ho, a journalist, who will be in dialogue with Holocaust historian Dr. Mordecai Paldiel and Shanghai survivor Dr. Lotte Lustig Marcus. Representing programming partner WNET will be Ed Hersh, who will introduce the film.

END_OF_DOCUMENT_TOKEN_TO_BE_REPLACED

Virtual film and discussion: What makes a hero?

Are some people born heroic and others not? Can ordinary people become heroes, and if so, under what circumstances? Join us to explore this fascinating topic with Holocaust rescue experts Dr. Eva Fogelman and Dr. Mordecai Paldiel and award-winning Israeli filmmaker Yoav Shamir.  Watch Shamir’s lighthearted yet earnest treatment of this important topic in his film, executive produced by Michael Moore, called 10% – What Makes a Hero?  Then tune in for what is sure to be a wide-ranging and fascinating discussion. END_OF_DOCUMENT_TOKEN_TO_BE_REPLACED 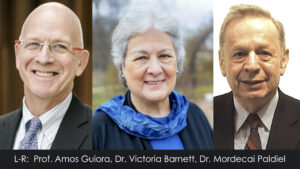 END_OF_DOCUMENT_TOKEN_TO_BE_REPLACED

Aviva Kempner’s Rosenwald tells the inspiring true story of Julius Rosenwald, the President of Sears, who was a Jewish hero of African-American history. Rosenwald, imbued with the value of tikkun olam, saw parallels between the brutal persecutions of Jews in Eastern Europe and African-Americans in the Jim Crow South, and he could not stand idly by. His grandest project was to build more than 5,300 rural schools to educate black children in partnership with Booker T. Washington. Several generations of leaders, thinkers and scholars were Rosenwald school graduates, including such luminaries as the late Maya Angelou, the late Rep. John Lewis, and Eugene Robinson — all of whom appear in the film. END_OF_DOCUMENT_TOKEN_TO_BE_REPLACED