Maria ABRAMOWICZ requested a visa from the Portuguese government on May 31, 1940 (see telegram below sent from Paris). Although the request seems to have been denied, Aristides de Sousa Mendes is presumed to have granted the visas in Bordeaux. Nathan SCHIMMEL, Maria's young cousin, sailed on the vessel Washington from Le Verdon (near Bordeaux) to New York in June 1940. The ABRAMOWICZ couple crossed into Portugal, and subsequently sailed on the Excambion from Lisbon to New York in March 1941.

Maria ABRAMOWICZ was also known as Maria Lani, an actress and model who was the subject of some of the great Parisian artists of the late 1920s. A collection of the works by artists such as Matisse and Chagall can be viewed in Life and Vanity Fair. 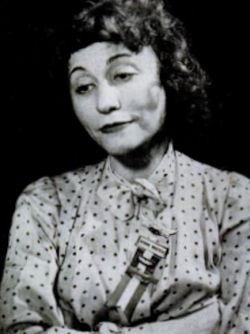 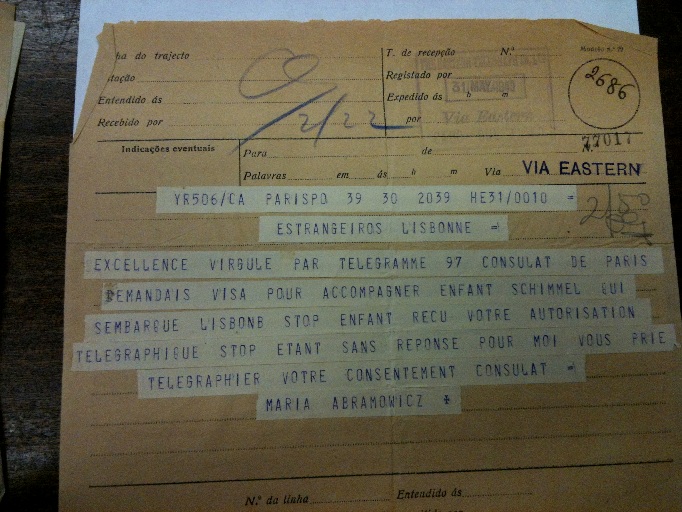