They crossed into Portugal, where they resided in Figueira da Foz. In December 1940 they sailed on the ship Nyassa from Lisbon to New York. 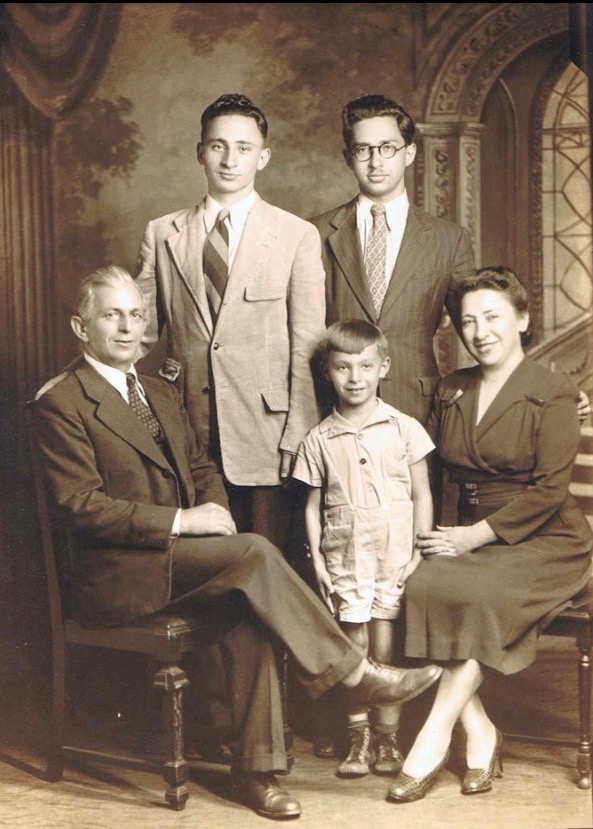 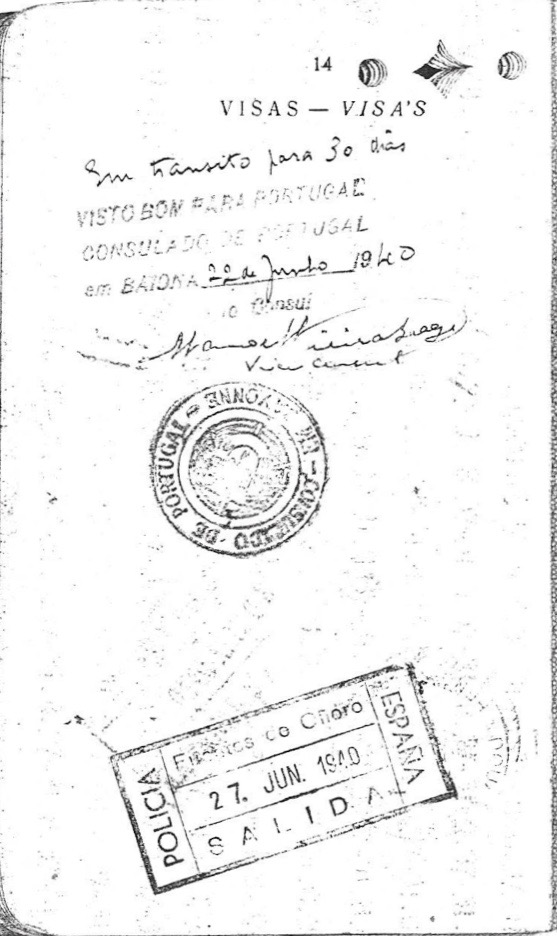 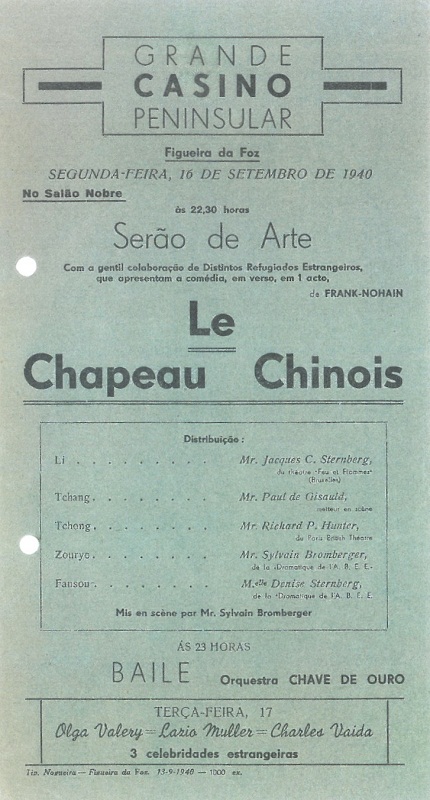 As a child, I took my visa for granted.  Only later, only recently, I discovered the man, and the full meaning of his signature.  It is rare to stand up against wrong orders, to take matters nobly and honorably into your own hands.

It really matters that people like de Sousa Mendes be remembered and their courage praised. In a world in which people can be incredibly cruel to others, they offer a few examples worth emulating.

My father, mother, two brothers, and I fled from Antwerp, Belgium on the thirteenth of May 1940, just ahead of the German armies that, three days before, had attacked Holland, Belgium, and Luxembourg without warning. We left our home rather suddenly, not knowing what would happen to us next, but sure that, as Jews, our lives depended on not falling into the clutches of the Germans.

After a series of adventures and misadventures, we found ourselves on June 22 in Bayonne, France in a large crowd of refugees in front of the Portuguese consulate. Pétain had surrendered to Hitler and the part of France in which we found ourselves was going to be occupied by the German army. I can still feel our fear and despair: the line ahead of us seemed impossibly long, did not seem to move, and the Germans were presumably on their way.

The details of what happened next are somewhat blurred in my mind, but at one point our passports were taken into the consulate, and a while later sacks full of passports were brought out to the little square near the consulate. Our passports, properly stamped with visas to Portugal were among them. That moment I do remember vividly! There had been no formalities, no interviews, no delays, no conditions.

With those visas we were able to get a permit to cross Spain, to then get out of France just ahead of the Germans, and to reach Portugal safely. From there we eventually sailed to the US. About five years later I went back to Europe as an American infantryman, and had a chance to judge with my own eyes the fate that might have befallen us had we not escaped...

My parents both died totally unaware of the drama and heroism behind those visas. Thus de Sousa Mendes never received our thanks nor that of hundreds of other people who were unaware of what he had sacrificed for them, and probably never even heard his name. I know that there must have been many Belgian Jews among them since we recognized many people from Antwerp in the crowd, mostly people of my parents' generation who are long gone.

A while ago John Paul Abranches asked me to describe how receiving a visa in 1940 affected my life. I was able to answer that question in very few words: I am now 75 years old, a professor emeritus at MIT, married to a wonderful wife for fifty years, father of two sons in whom I take great joy and pride. I have had a rich life. Had it not been for de Sousa Mendes's deed, I would probably have died horribly in a concentration camp before reaching the age of seventeen.