They crossed into Portugal and subsequently sailed from Lisbon to New York on the vessel Excambion in July 1940. 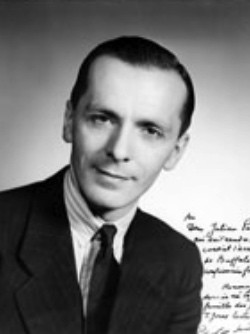 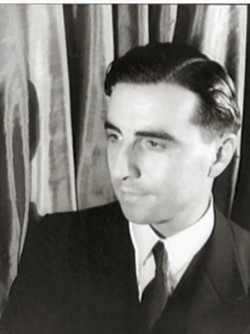 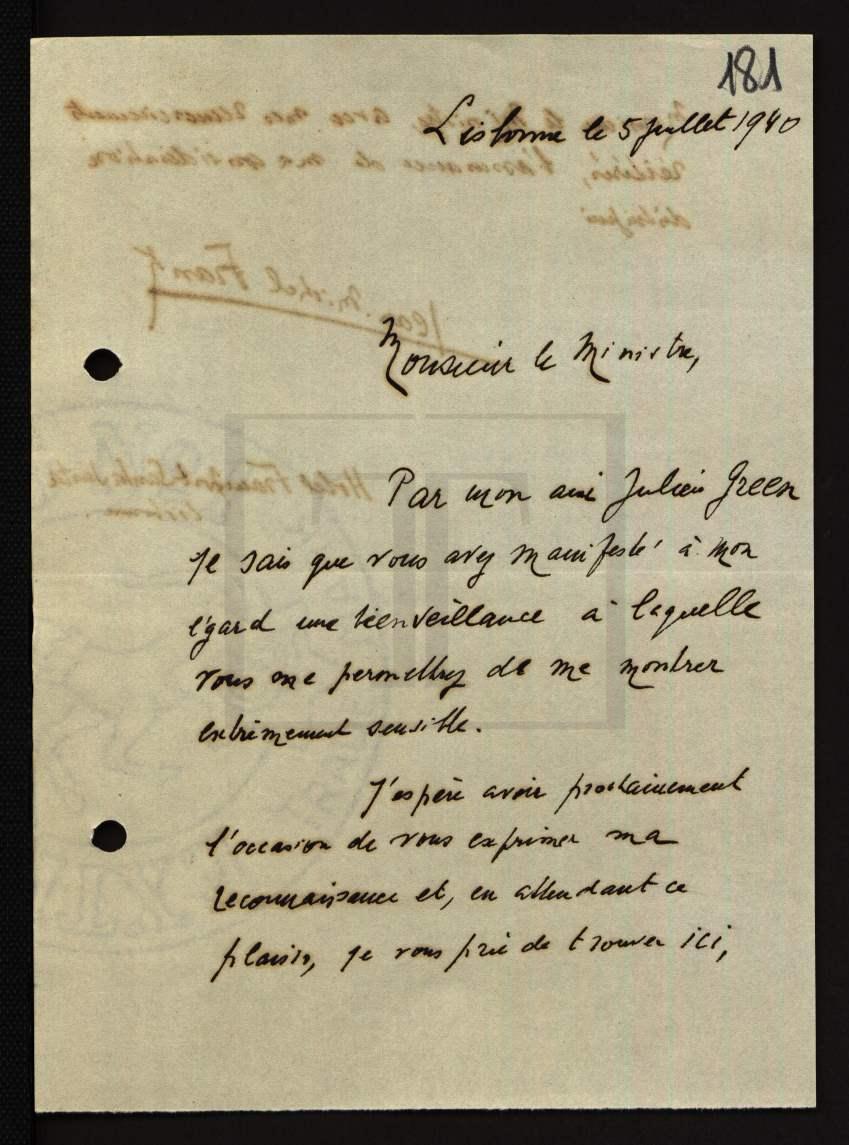 Letter from Jean-Michel FRANK to Antonio FERRO, Chief of Propaganda in Portugal, recto 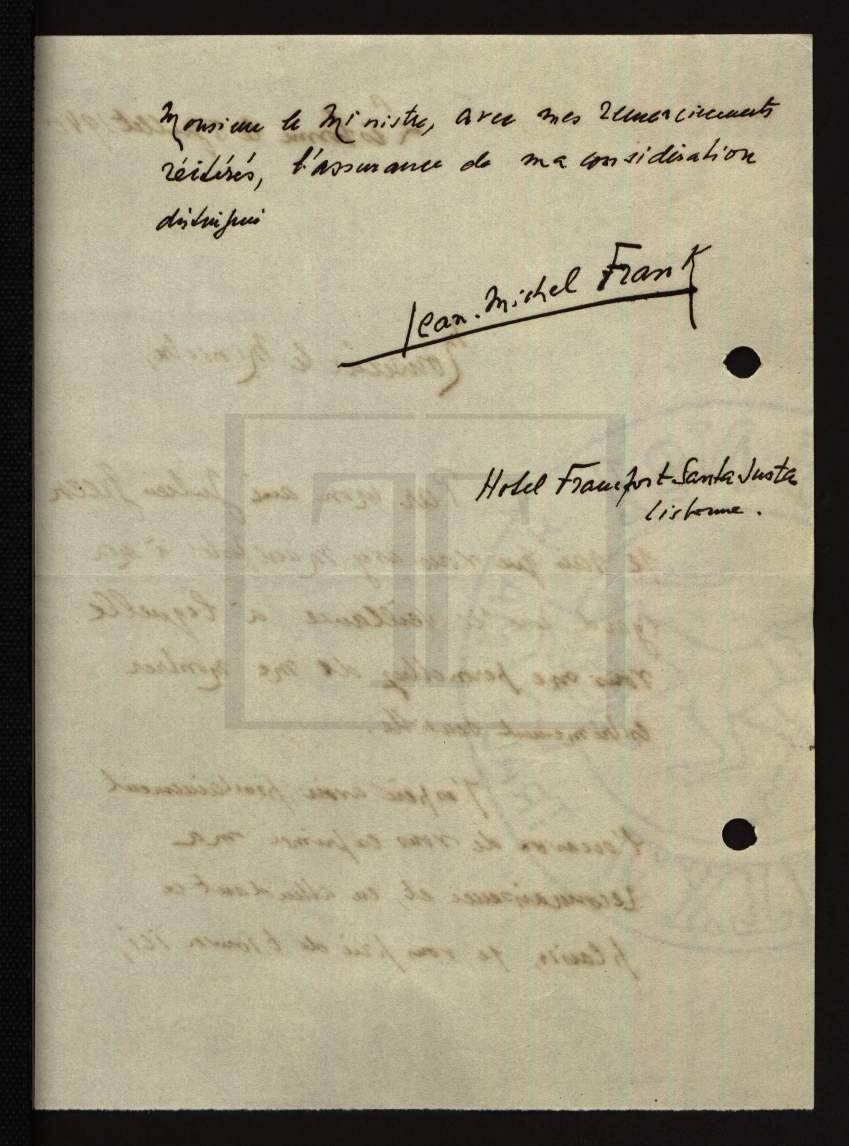 Letter from Jean-Michel FRANK to Antonio FERRO, Chief of Propaganda in Portugal, verso

June 15, 1940. Arrival in Bordeaux. Same Judgment Day throng as at Tours.... On the Place de la Comédie, the innumerable crowd resembles no crowd ever seen before: It is a crowd of players who have lost the game.... Most of the Parisian men and women who have come here are forced into a terrible choice. One woman has had to decide whether she would remain with her mother or rejoin her husband; a widow whom I met a moment ago has been obliged to give up following the man she loves and whom she is shortly to marry in order to stay with her children. The bonds of blood or affection are tested by ordeals they have never known.... The Army can no longer fight, but the Fleet is intact and several ways of settling its fate are discussed. Some would like the Fleet to be simply handed over to England; others advise giving it to the United States as "a gift made to the cause of liberty."