The DIJOUR couple received their visas from Aristides de Sousa Mendes in Bordeaux on June 18, 1940.

They crossed into Portugal and subsequently sailed on the ship Excalibur from Lisbon to New York in October, 1940. Ilya DIJOUR was an attorney and a representative of HIAS (the Hebrew Immigrant Aid Society). 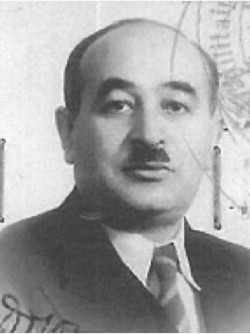 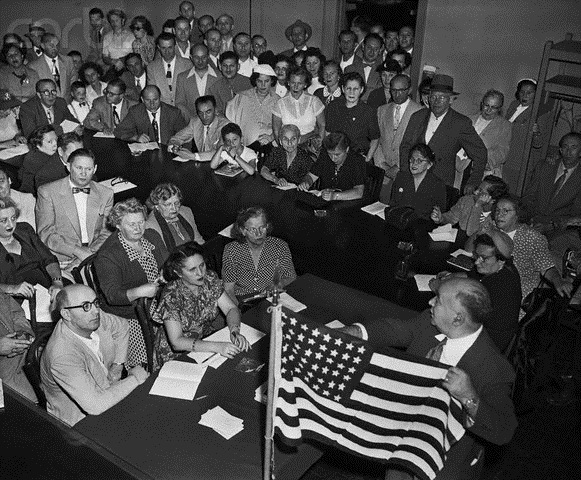 Ilya DIJOUR leading a citizenship class in the U.S. for former Holocaust refugees 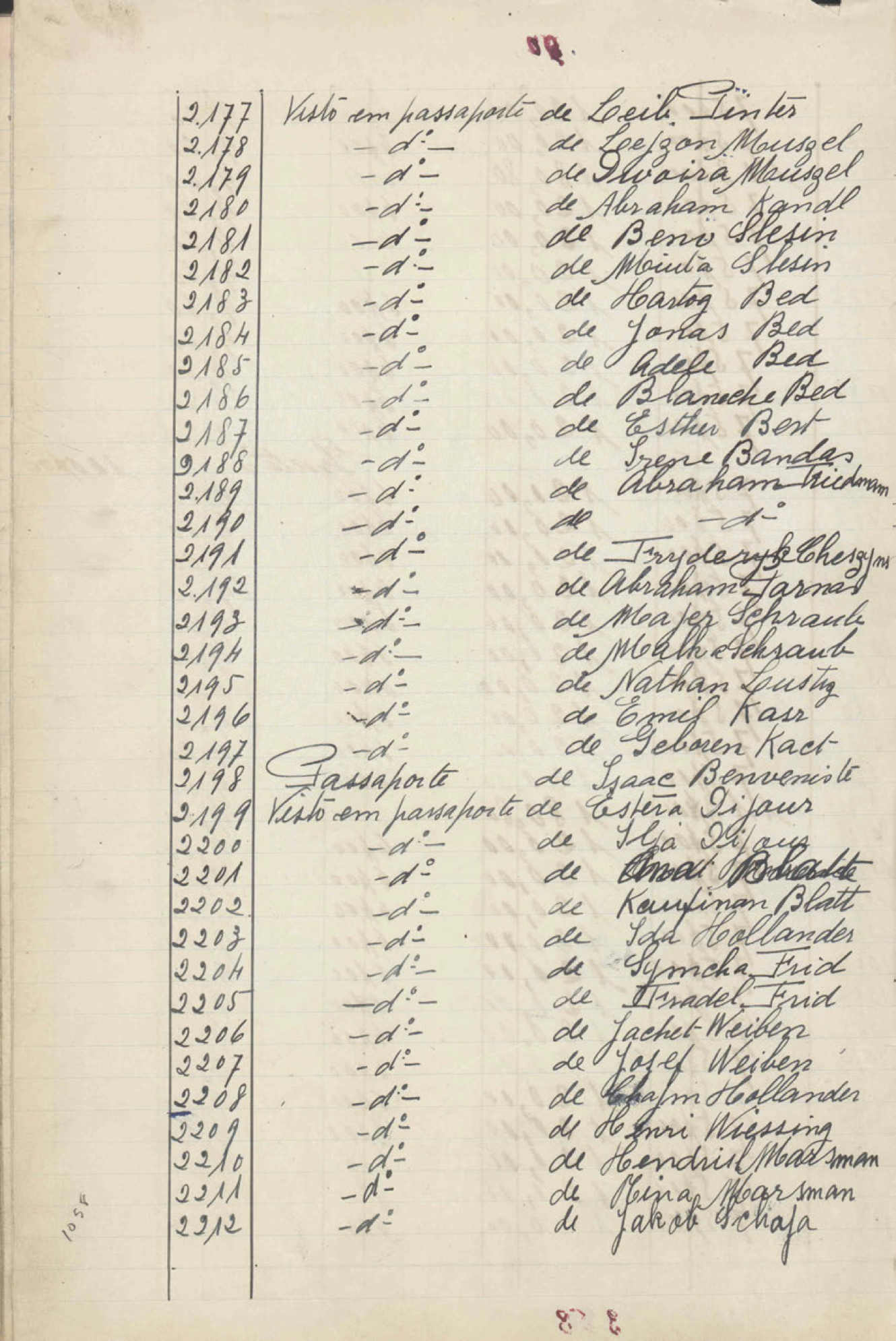 There are now more than 10,000 Jewish refugees in Portugal, last European emigration outlet, and the number is steadily increasing, according to Elie Dijour, general secretary of the HIAS-ICA Emigration Association, who arrived here last Friday on the American Export liner Excalibur.

Dijour evacuated Paris on June 10, just before the German occupation, proceeded to Bordeaux and from there to Lisbon, reaching the Portuguese capital on June 24. He spent three months in Lisbon, where the HIAS-ICA has set up its principal European head quarters, before sailing for New York.

During these three months, Dijour said in an interview the HIAS-ICA aided about 1,500 persons to emigrate overseas, but this number was more than offset by the 200 to 300 refugees weekly arriving in Portugal. These refugees are equipped only with Portuguese transit visas and the Government is exerting pressure on them to emigrate, but most of them are unable to leave.

Their plight is so tragic, the HIAS-ICA secretary declared, that half of the refugees suffer from nervous disorders and some have gone insane. They spend all day making the rounds of consulates in the hope of obtaining visas. Some consular officials have become so affected that they have issued unauthorized visas, thus only adding to the plight of emigres receiving such papers.

There are many individual tragedies. One Antwerp Jew, unable to obtain a visa, committed suicide by leaping from a window. An Austrian refugee went insane when he reached the Spanish-Portuguese frontier, dying in a hospital a few weeks later. His father, a well known Vienna attorney, aged 60, reached Portugal two weeks afterward to find his son dead.

When the new Berlin to Lisbon air service was opened, the first 12 passengers included 10 Jews. Although they had paid their fare, the Jews received no food during the voyage because the German employees would not serve Jews.

According to Dijour the Nazis ordered the 2,000 Jews in Luxembourg to leave by Oct. 1 or they would be expelled to the French frontier. Dr. Nussbaum head of the Luxembourg Jewish Community visited Lisbon seeking emigration possibilities, but found it was impossible to accommodate so large a group. Dijour said he did not know what had happened to the Luxembourg Jews after the emigration deadline.

Being a descendant of an old and noble Marano family, Consul Mendes disobeyed orders from his government and issued over 10,000 Portuguese visas to Jewish refugees free of charge. By doing that, he saved the lives not only of those 10,000, but opened up the gate for a mass influx of many more thousands of war refugees to Lisbon. He did it under the influence of a young Polish Rabbi coming from Brussels to Bordeaux, with his wife and five children. At first Consul Mendes offered the Rabbi hospitality overnight, because otherwise the family would have had to sleep in the street. But during this fateful night, the conversations between the Rabbi and the Consul brought alive the dormant conscience of a Jew whose ancestors were forcibly converted some 500 years ago.

I knew both the Rabbi and the Consul personally. I was a witness to the mass scene described in ... a book of one of the sons of Mendes. Esther and I were also beneficiaries of those Portuguese visas which determined our future.