They crossed into Portugal and subsequently sailed on on the Excalibur from Lisbon to New York in October 1940. 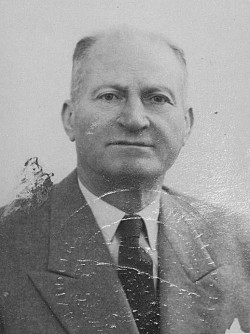 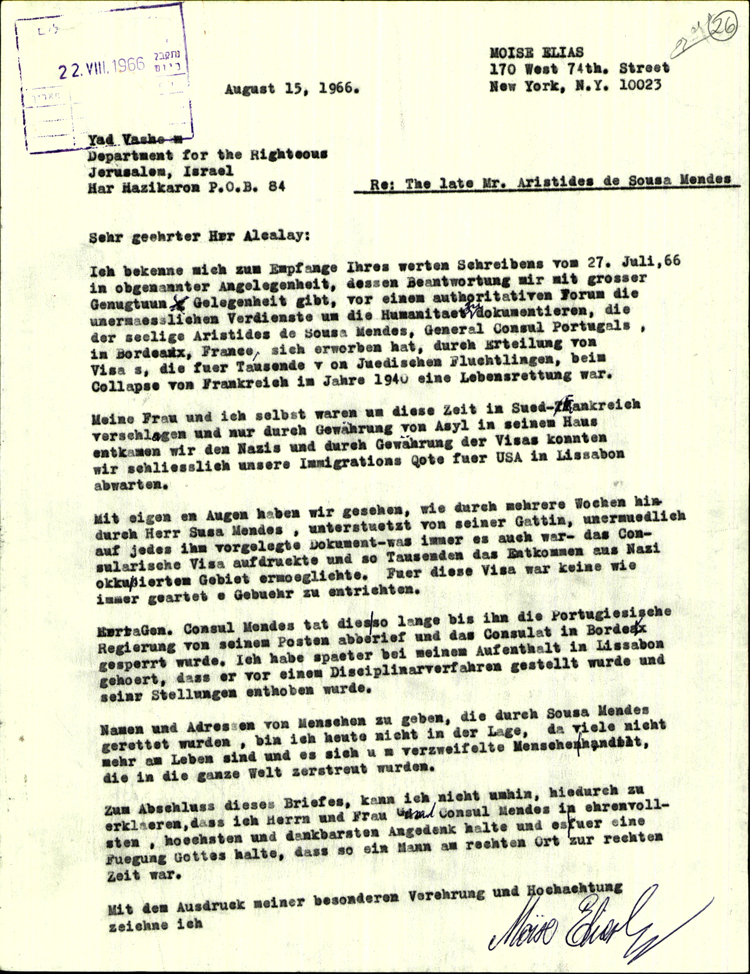 1966 letter to Yad Vashem (the Holocaust authority in Israel)

It is with great pleasure that I would like to testify to the infinite contribution of the blessed Aristides de Sousa Mendes, then Portuguese Consul General in Bordeaux, France, in issuing free visas to thousands of Jewish refugees during the collapse of France in 1940 -- saving their lives.

My wife and I were in the south of France during that period, and it is only because of the aid of Dr. Mendes who protected us that we were able to escape the Nazis. The visas that he issued to us, without charge, allowed us to go to Lisbon and from there to the United States.

Over a period of weeks, we saw with our own eyes how Dr. Mendes, with the help of his wife, stamped visas into the passports of everyone who presented themselves -- always at no charge. Dr. Mendes continued until the Portuguese government relieved him of his duties and closed the Bordeaux Consulate.

I heard that later in Lisbon, Dr. Mendes was subjected to a disciplinary hearing and stripped of his title of Consul General. In conclusion, I must express to you my deep and respectful admiration, as well as the gratitude that I feel for Dr. Mendes and his wife.

I recognize it as an act of God that such a man was present in that place, at that time.