The FRIEDMANN family received visas signed by Vice-Consul Manuel Vieira Braga following instructions from Aristides de Sousa Mendes in Bayonne, France on June 21, 1940. They were in transit along with the RAISKY and ROISEN families.

They crossed into Portugal. Debora FRIEDMANN, along with her son Marcel, sailed on the vessel Nea Hellas from Lisbon to New York in October 1940.

Joseph FRIEDMANN went to Brazil in 1940. From Rio de Janeiro he traveled to Trinidad where he obtained a US visa. He sailed from Trinidad to New York on the vessel Argentina in May 1941. 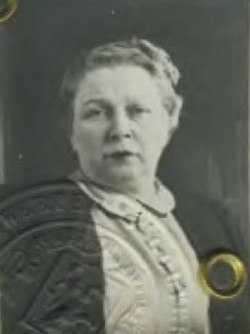 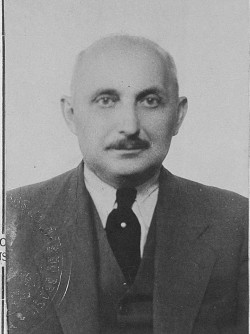 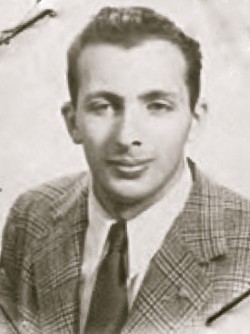 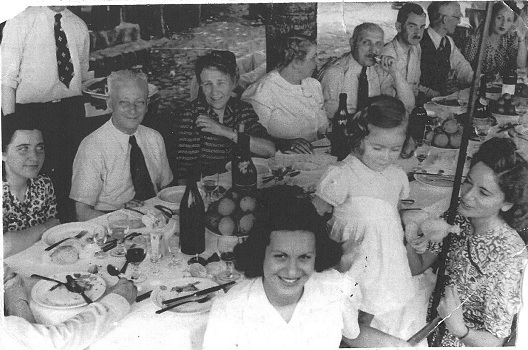 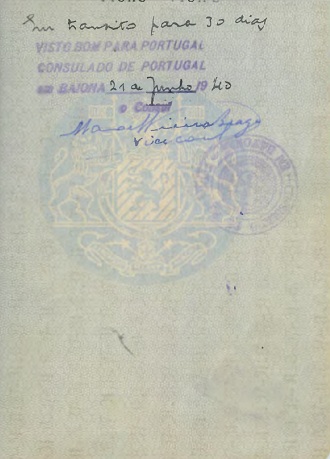 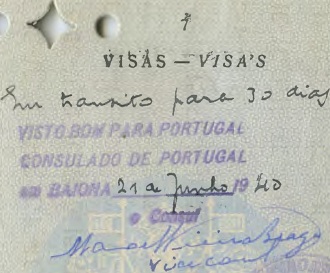 excerpted from an interview in July 2001

On September 1st the war had started in Poland. September 2nd, Britain and France declared war. But then they had what is known as a blitzkrieg. Nothing happened until May 10. May 10, things got sort of noisy.They started bombing the airports. The house was shaking.

We got lucky. We got over the (French) border. What was happening was that they were getting different directives. The fact that the roads were jammed was very difficult for the military. They couldn't get around at all. We went through on a day where the notice came to open the borders. The French had opened the borders. Some days they were totally closed. They didn't want the people in. The whole thing was in disarray.

Once we got into France we had a very, very tough time on the road. Tremendous tie-ups. You couldn't move for hours. Because of the gasoline shortage, we didn't use the motor. When the line moved a little bit, we just pushed the car on. We stayed in a small town. I don't remember the name at this point. The next morning, everything was clear. It was funny; we tried to get out of the town at the middle of the night, we couldn't get out. We always got back to the same square. So the next morning, we went to Rouen. In Rouen, we changed Belgian Francs into French Francs and then we went to Paris... We went to Biarritz. It was as far south as you could get. I got there about a week before they (my parents) did.

We needed Portuguese visas, Spanish visas, French exit visas. But first, I needed a passport. And all the consulates were either in a little town named Bayonne or in Hendaye, which was right on the border. There were thousands of people in Bayonne at all the consulates. My father sent me to the Belgian consulate and I stood there and there was a soldier with a bayonet standing in front. And the door was a wooden door about this thick. And every so often, they would let somebody in. And you had to go up the stairs. And I couldn't go in. He was running to the Spanish consulate, Portuguese consulate, so finally he came along . And I said I can't get in. The next time they opened the door, he gave me a shove and I went flying up those stairs. Somewhere I still have that piece of paper they gave me as a passport.

We were at the Hotel de la Falaise, which was on top of a hill And there had been a tremendous rainstorm and I and a friend of mine went into town and I finally schlepped up the hill and my father was waiting for me. And he handed me a stack of passports, like this, and he says you go back down the hill and you give these to Gerard Bolle. So I went, every passport had a 500 franc built in. The Roisen passport was in there too. My father had gotten all these people together and this guy Bolle had gotten a hold of this employee of the Portuguese consulate and all the passports came back with a visa except one. Mr. Bochner had not put in the 500 francs and his passport came back without a visa. Once we had those visas, then my father went to Hendaye and got the transit visas for Spain... So we took a car up to the border at Hendaye and we walked over the bridge to Spain.

We went to Irun, on the border, and we got a car that took us to the railroad station at San Sebastián. There they put us on a train, and they locked the train. We were locked up in the train for three days. They didn't want anybody to stay in Spain. It was a train directly to the Spanish border (with Portugal).

When we went into Portugal, the English Red Cross was there and there was plenty of food. Once you got to the border, the Portuguese were there and they assigned you to a certain place to stay. You could not go where you wanted. They wanted to send us to a place by the name of Figueira da Foz. And my father said, "please send us to a place where there's an American consulate." So they sent us to Oporto.

There were three hotels (in Porto). There was the Grand Hotel where the Roisens stayed. There was the London hotel. We were at the Batalha. When we came it had just opened. It was like something out of a movie. The man didn't speak any German, he didn't speak any English, he understood a little French. We were going to stay there a long time and we wanted to know how much money it was going to cost. We didn't know if we were going to be able to get a ship, or get a visa. Once we got there, then we applied. We came into the hotel and the owner of the hotel was standing there, and my father said, "Ask him how much." And he said, "40 escudos." That was like a dollar and a half per person with three meals a day. My father says "You didn't understand him; ask him again." So the guy says, all right, 35. My father couldn't believe him. Finally it was 25 escudos, a dollar a day, with fabulous meals. They had two bottles of wine on the table every day. We had to pay for water. The Portuguese were absolutely delightful. They couldn't have been nicer.

I always wanted to go back but I didn’t.  When we left, the staff of the hotel… There was like a marble staircase.  They all stood there and they shook hands, they had tears in their eyes, they embraced my mother.  The Portuguese were absolutely lovely.