Visas for the HABSBURG family and their entourage were issued by Aristides de Sousa Mendes in Bordeaux in June 1940. This action allowed the imperial family of Austria to escape the Nazis and effectively saved the life of the Crown Prince Otto von HABSBURG who had been sentenced to death by the Nazis following the Anschluss, the German annexation of Austria.

The family would spend the war years on the American continent, Otto settling in Washington, D.C., and other members of the family settling first in Massachusetts and eventually in Quebec.

Archduke Otto von Habsburg interviewed by Felix Pfeifle at Villa Austria on September 5, 2005, filmed by Christine Beebe, and presented here as part of a program of the Sousa Mendes Foundation on the rescue the Archduke by Aristides de Sousa Mendes. 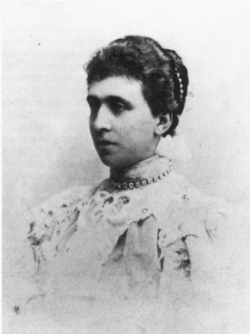 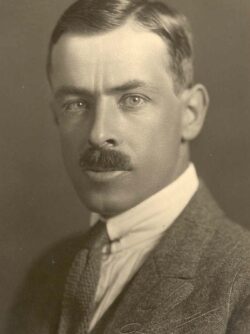 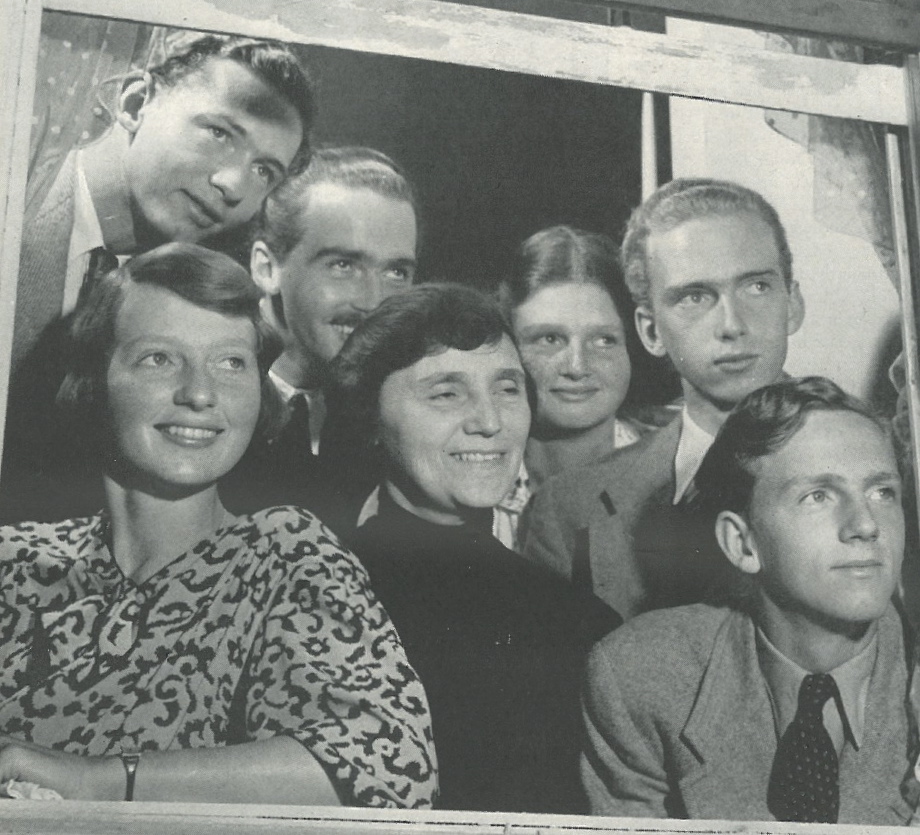 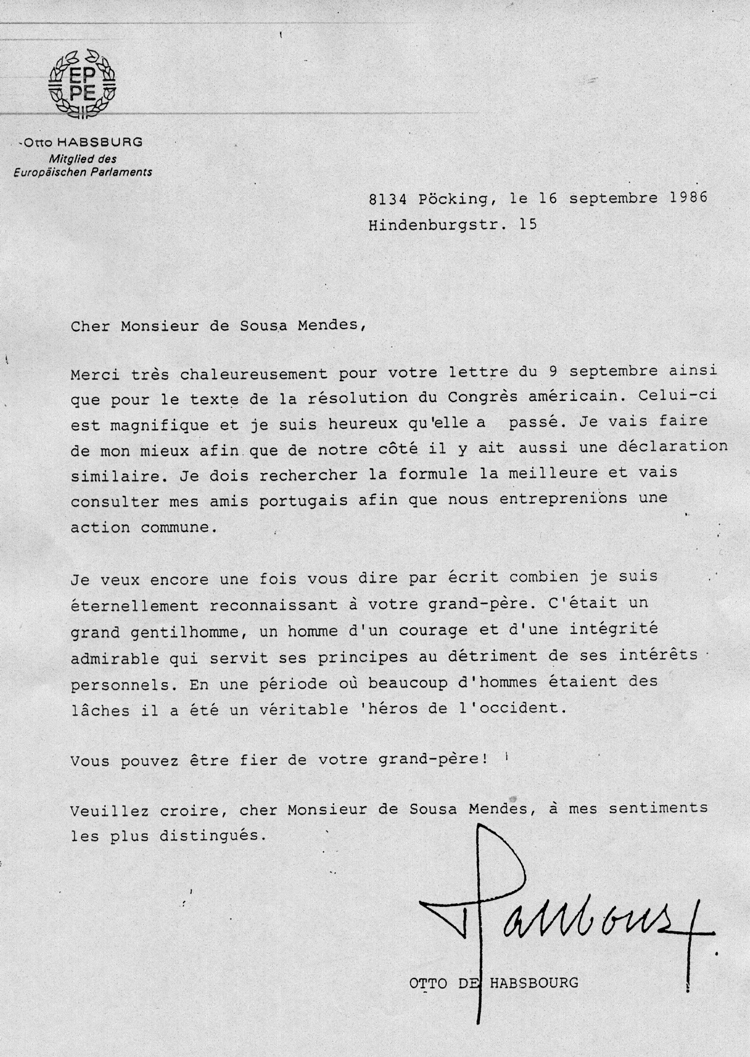 Following is the testimonial of Otto von HABSBURG sent to the Sousa Mendes family on May 18, 1968, written by his secretary to Joana Mendes

His Imperial Highness the Archduke Otto of Habsburg has instructed me to express to you his warmest and sincerest thanks for your very kind letter of March 23, and for the documents enclosed in your letter.

The Archduke … was deeply moved by the content of your letter, which reminded him of those fateful and sad days in Bordeaux in June 1940….

The Archduke Otto of Habsburg will forever be deeply grateful to your father for the noble way in which he had also helped, in this dangerous moment, him and his entire family by giving them immediately the necessary visas for Portugal, so that on the next day the Archduke and his family went to the Spanish border, and from there, then the following morning, to Spain and then to Portugal.