The HAMBURGER family received visas from Aristides de Sousa Mendes in Bordeaux or Bayonne in June of 1940.

Helena HAMBURGER, her children Alix and Edgar, and her parents-in-law Alexander and Bertha received their visas in Bayonne on June 21, 1940. They crossed into Portugal by sea from Bayonne to Porto on the fishing vessel Milena, arriving on June 29.

Gustaaf and Clara HAMBURGER, along with their daughter, also named Clara, crossed into Portugal on land, and resided in Figueira da Foz. 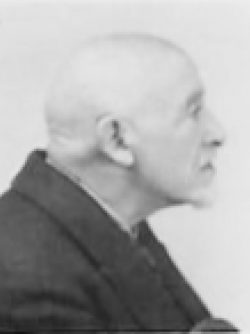 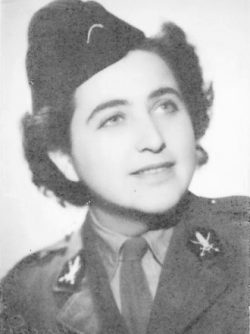 Alix HAMBURGER in the Free French Forces in England 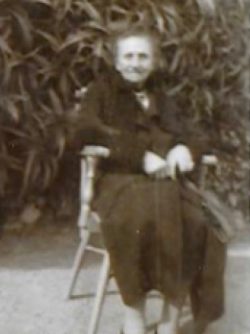 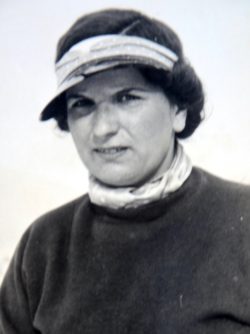 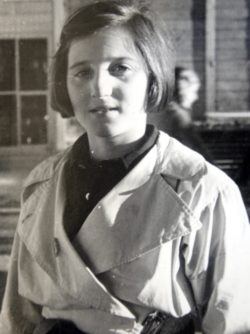 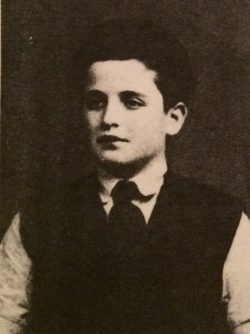 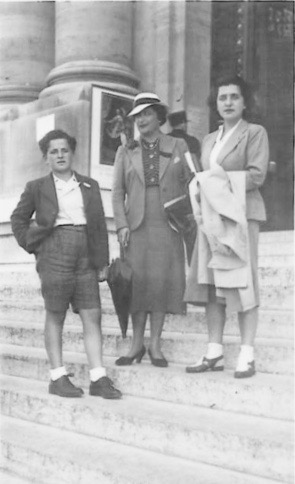 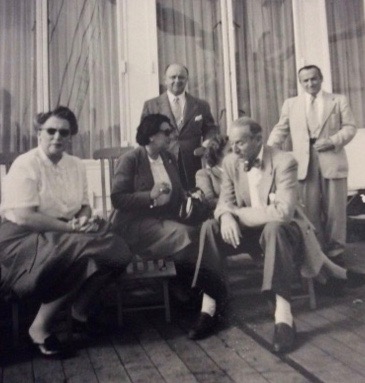 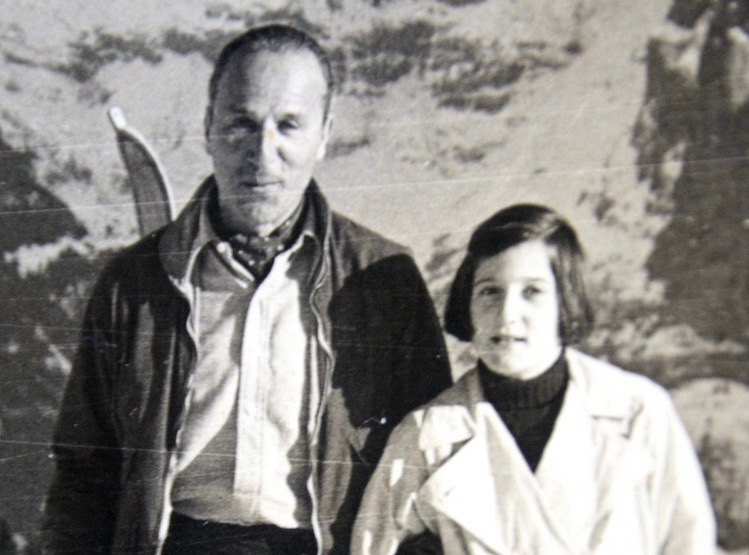 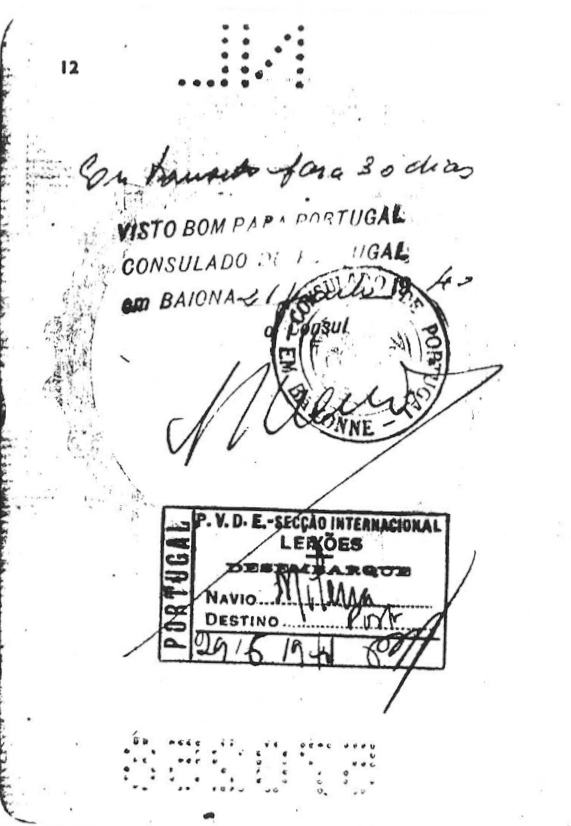 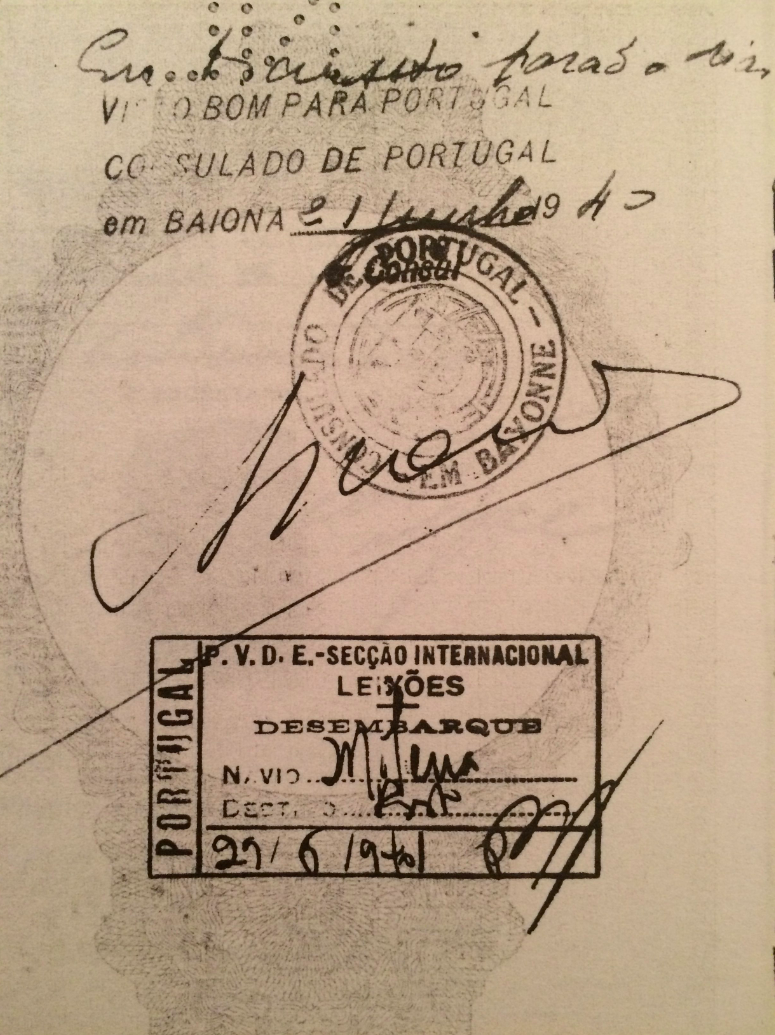 I was 15 at the time, and in June 1940, after France was overrun and Italy had declared war, we decided, my mother and other members of the family to go to Portugal and from there, if matters became worse, to emigrate at least temporarily to the U.S. Our group was composed of Dutch people mostly, a few French also.  We needed an exit visa from France and a visa for another country to obtain it.  A member of our group, prominent I believe, went with a few others to the Consulate in Bordeaux (or was it in Bayonne?) with all our Dutch passports and came back with them stamped with the Portuguese visa.  The group had made arrangements with a Portuguese boat, the Milena, a small ship, to take us to Lisbon, but there were a lot of sardine cases to unload. We sat on the pier and waited, but the boat did not finish its business until the next day, so we found a couch in the lobby of a hotel, where my mother, my brother, aged 13, and we were able to spend the night.  We left the next day.

The sea was often stormy, we were quite seasick.  All of us slept on reclining deck chairs in the hold. We sailed to Santander, Spain where the Dutch Consul, a Nazi, told us he would have us arrested if we disembarked.  The doctor in charge of the health of the harbor told us we should not stay on the boat as the sanitary conditions were so bad (I believe there was only one, perhaps two toilets).  We bought a little food from small boats and took off.  The trip altogether took eight days.  My brother and I being the youngest, were in charge of hauling buckets of sea water for washing.  We all slept in the hold, so there was little privacy.  My grandparents were also with us.  After eight days, the boat left us in Porto where we stayed for two and a half months, awaiting the U.S. immigration visa, then two weeks in Lisbon before boarding a Greek ship, the Nea Hellas, for Hoboken, New Jersey.

If I remember correctly, the Spanish authorities had refused visas, which is the reason why we had to travel by sea.

The Portuguese people were very hospitable to us.  [Sousa Mendes] saved our lives, and I only wish we could have been in touch ... with him when he was alive.

What did we do after being in the U.S.?  I joined the Women's Corps of the Free French of General de Gaulle in England at the age of 18, participated in the Normandy landing, met my husband after the war.  He had been in the French Resistance.