Early in February 1940, NEIRA LAPORTE visited Sousa Mendes at the consulate to request visas for himself and his family. They possessed visas to Bolivia, but to reach Bolivia they would have to take a ship from Lisbon.

Sousa Mendes wrote to the Portuguese Ministry of Foreign Affairs for authorization to issue the needed transit visa, and for weeks he didn't receive any reply. Facing the imminent departure of the ship NEIRA LAPORTE would have to take from France to Lisbon, Sousa Mendes decided to sign the visas.

On March 11, Sousa Mendes at last received an answer from the Foreign Ministry denying the request. By then, the NEIRA LAPORTE family had reached Lisbon and they were allowed to disembark from the ship carrying them from France and embark on the vessel to Bolivia. NEIRA LAPORTE and his family lived in Bolivia until 1946 and eventually moved to Mexico.

Sousa Mendes was issued a formal reprimand for issuing the visa. 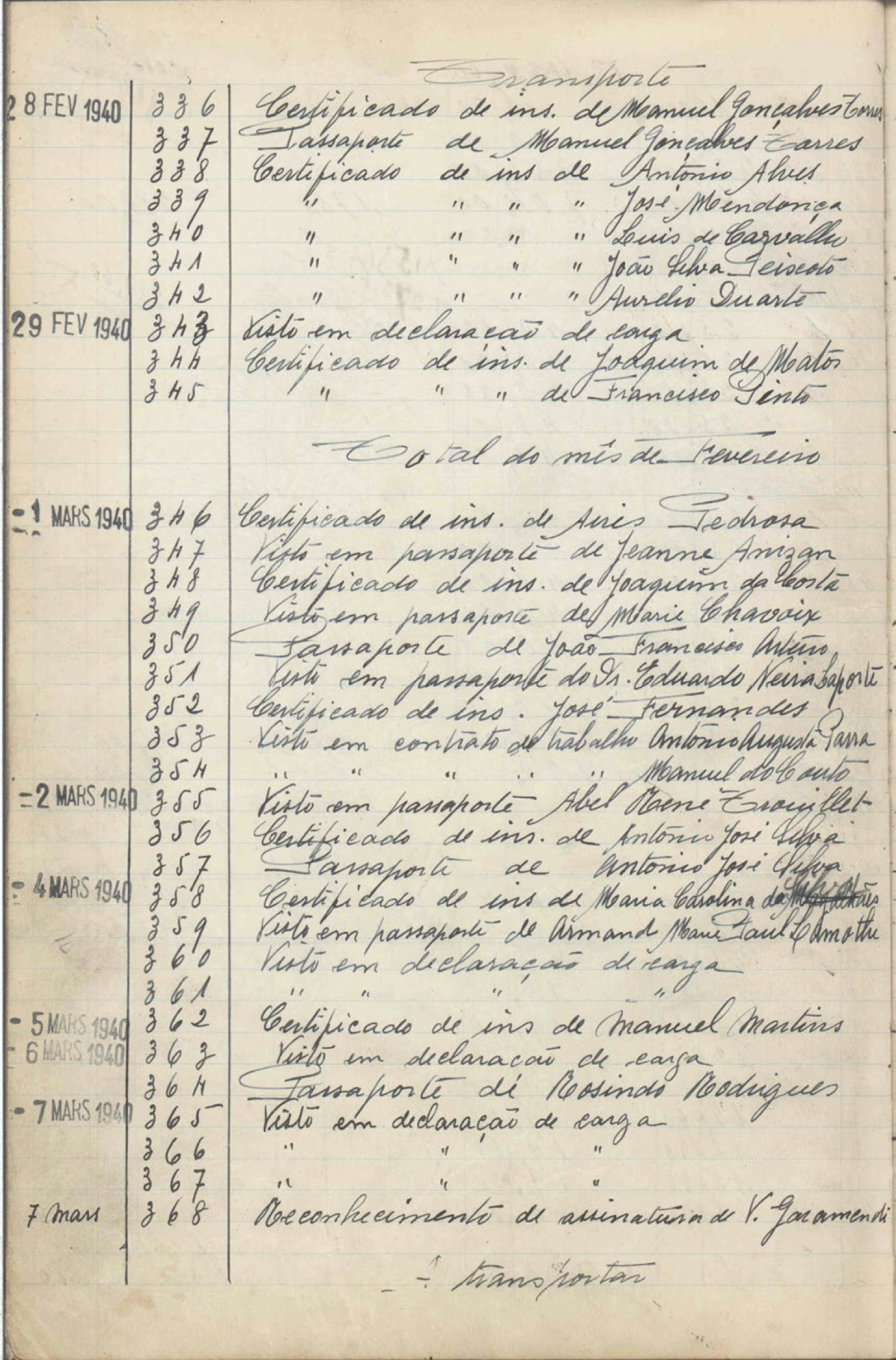