The OULMONT couple received their visas from Aristides de Sousa Mendes in Bordeaux on June 17, 1940.

Charles OULMONT was a musicologist and professor at the Sorbonne, and tutor of one of the Sousa Mendes children. 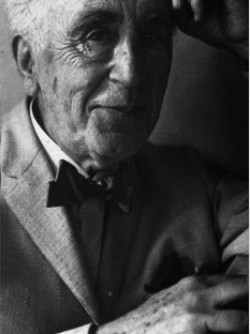 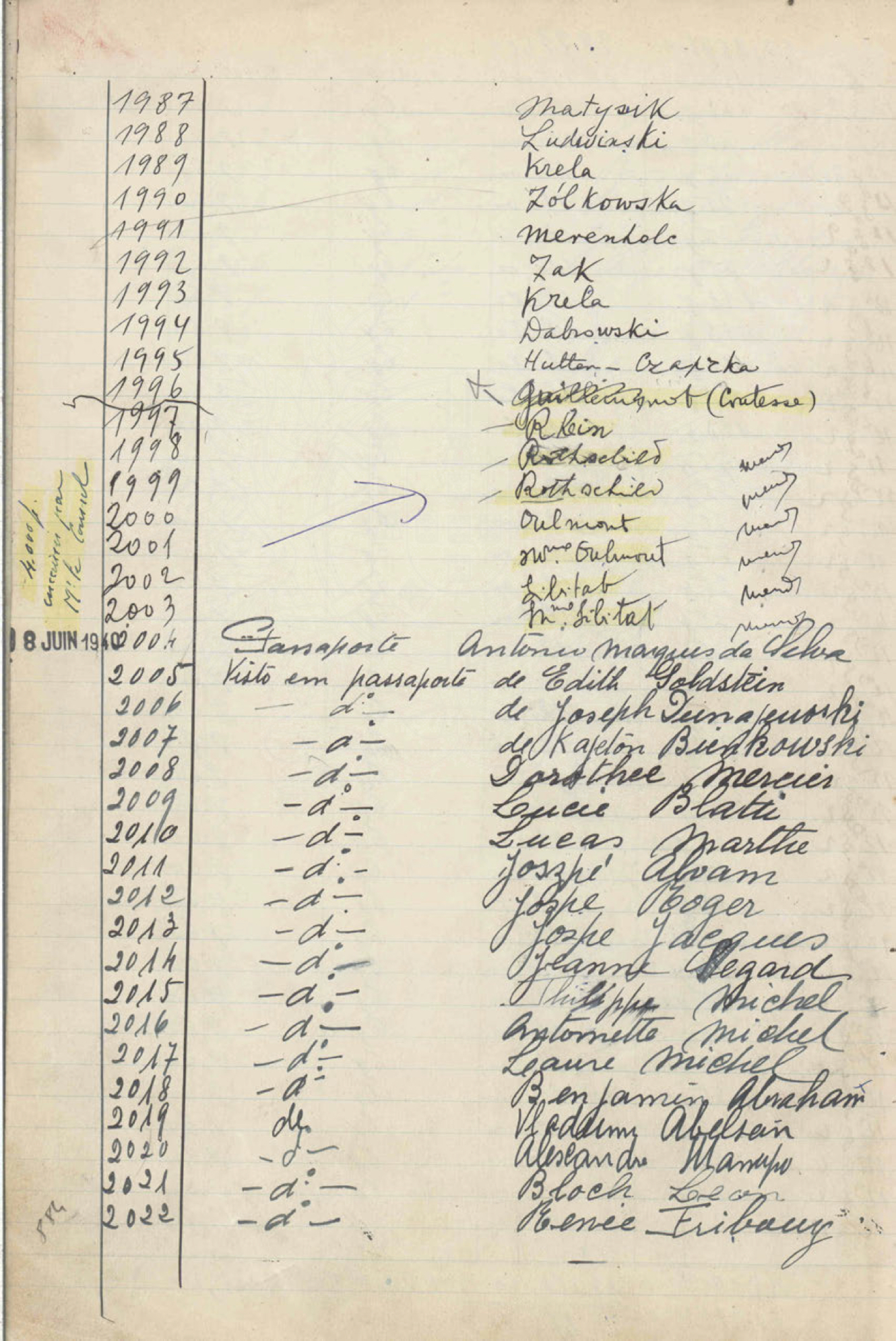 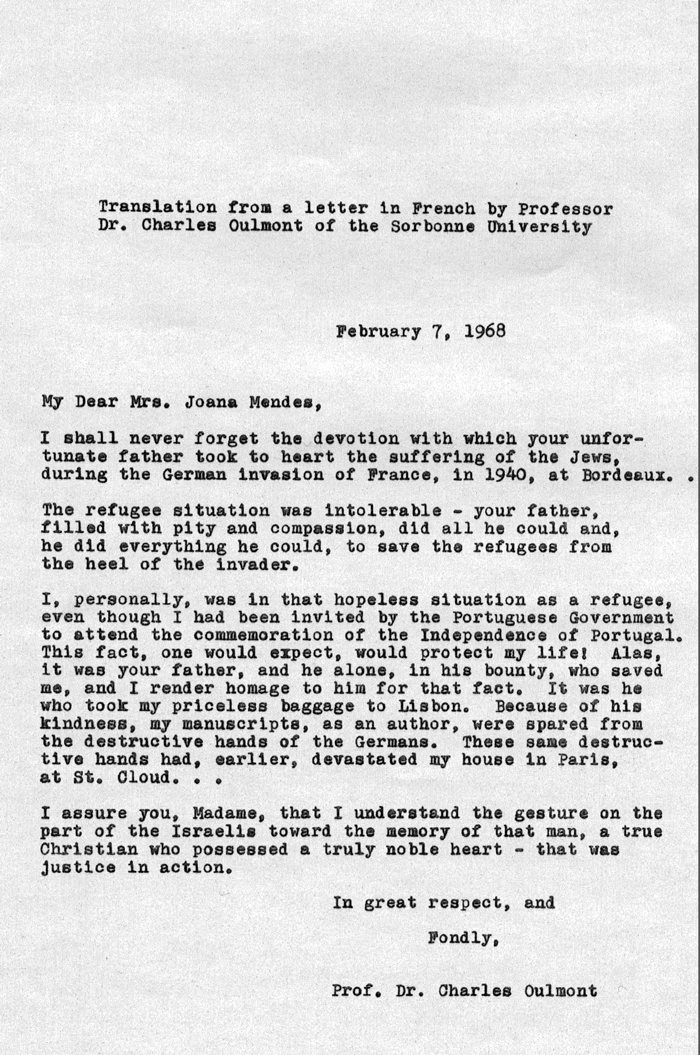 1968, written in a letter to Joana Mendes, daughter of Aristides de Sousa Mendes

Since May 10, 1940, until the occupation of the city, the dining room, the drawing room and the consul's offices were at the disposal of the refugees, dozens of them of both sexes, all ages, and mainly old and sick people. They were coming and going. There were pregnant women who did not feel well, there were people who had seen, powerless to defend themselves, their relatives die on the highways killed by the machine guns firing from planes. They slept on chairs, on the floor, on the rugs. There could never be any control again. Even the consul's offices were crowded with dozens of refugees who were exhausted, dead tired because they had waited for days and nights on the street, on the stairways and finally in the offices.

They could not satisfy their needs. They did not eat or drink for fear of losing their places in line, which happened nevertheless and caused some disturbances. Consequently the refugees looked bad. They did not wash themselves, they did not comb their hair, they did not change their clothes and they did not shave. Most of them had nothing but the clothes they were wearing.... The sidewalks, the front door, the large stairways that led to the chancellery were crowded with hundreds of refugees who remained there night and day waiting for their turn....

My uncle got ill, exhausted, and he had to lie down. He considered the pros and cons and decided to give all facilities without distinction of nationalities, races or religion and bear all the consequences. He arose impelled by a "divine power" (these were his own words) and gave orders to grant free visas to everybody.

In Bayonne, as his orders were not obeyed by the consul, my uncle decided to go there himself. The refugees there received him with great joy and renewed their hopes to be saved. The Consulate of Bayonne was under the jurisdiction of the consulate of Bordeaux. My uncle then drove to the frontier to help meet the ambassador of Portugal to Madrid who insulted him, but my uncle did not give up and continued his humanitarian action saving refugees until the end when he was recalled to Lisbon.

Before May 10, 1940, the Portuguese Government granted visas or refused them, but this was slow. After that, when the refugees kept coming, there was no use writing anymore and it became necessary to wire, but the Government stopped answering and consequently the work in the chancellery concerning passports and visas froze. This way the number of the refugees increased frighteningly, leading the situation to a dramatic climax. This is when my uncle made up his mind to help all the refugees.

I recall some events about prominent refugees: Charles Oulmont, a writer and a teacher at the Sorbonne, moved into my uncle's house, ate with us in the kitchen and slept in one of the bedrooms. This gentleman never removed his pajamas since the night he first came in, the same night that Bordeaux was bombed and 500 people were killed. He lived scared to death of being taken by the Nazis, but his fear was justified because he had written against the Hilter regime.

His fortune was quite large and consisted of pure gold in four potato sacks. To convince my uncle to grant him visas he promised half of his fortune. My uncle rejected the promise but granted him the visas.