Max and Rose PODLIASCHUK received visas authorized by Aristides de Sousa Mendes in June 1940 despite being explicitly denied by Salazar, the Portuguese head of state.

They found their way to Lisbon but fled to Mozambique, fearing arrest by the Portuguese or deportation by the Germans. They left Mozambique for Palestine by plane on August 26, 1941. In Palestine, they were reunited with Max's brother Markus PODLASZUK and his wife, Ciwa PODLASZUK née TUNIK. Max died in Tel Aviv in July 1944. Rose later joined the MANTCHIK and KODRIANSKY families in the United States. 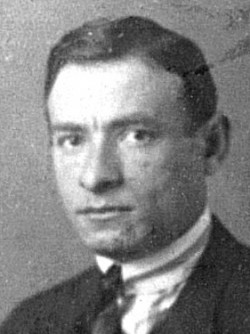 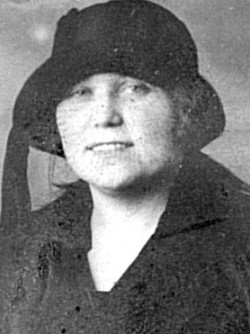 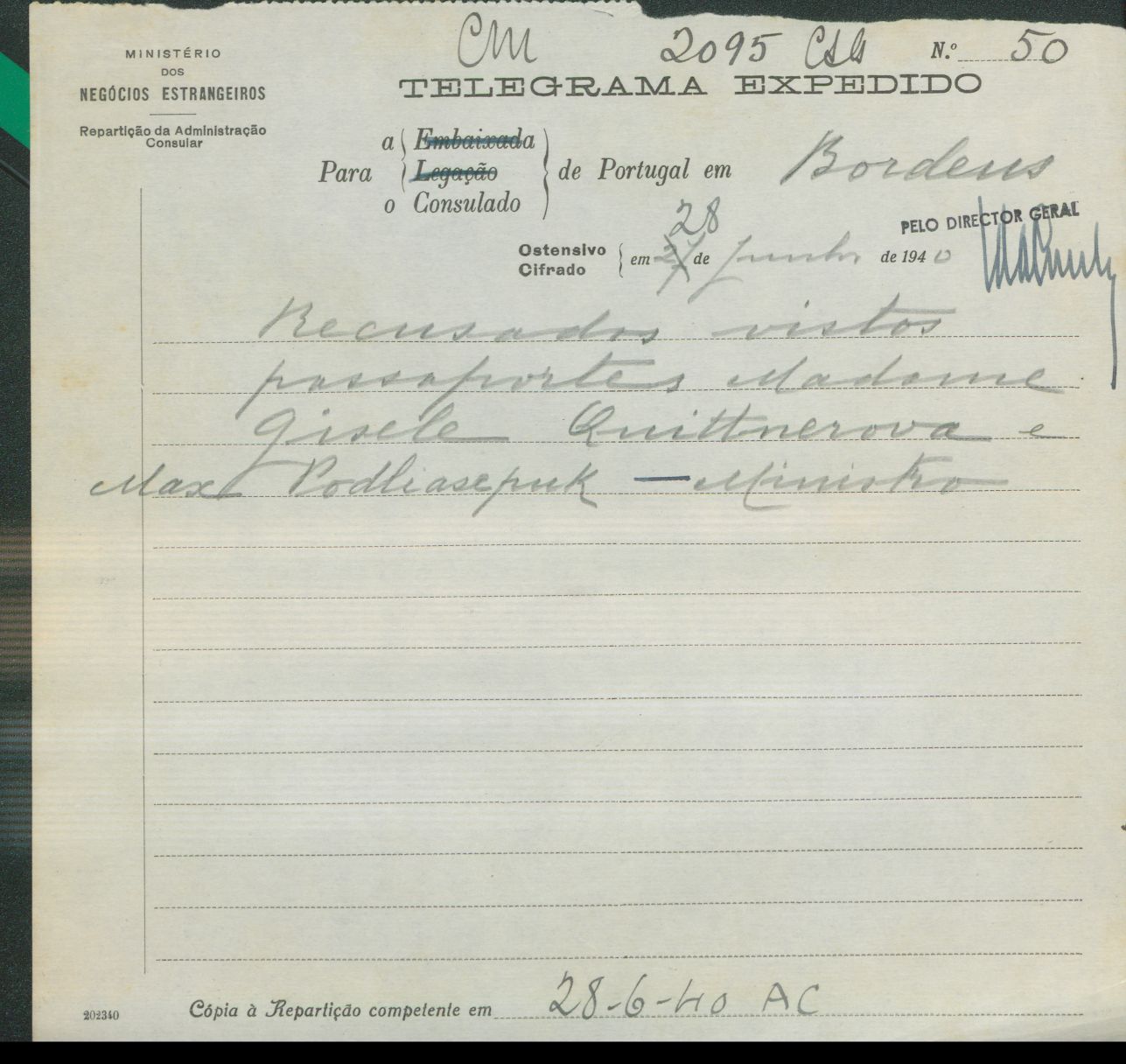 Telegram from Salazar denying visas to Gisèle QUITTNER and Max PODLIASCHUK - Courtesy of the Ministry of Foreign Affairs archives, Lisbon