Stanislaw SCHIMITZEK was a Polish diplomat. He and his family received Portuguese visas from Aristides de Sousa Mendes in Bordeaux on June 18, 1940.

They crossed into Portugal, where they resided in Figueira da Foz, and where Stanislaw SCHIMITZEK was responsible for the Polish refugees living there.

Elzbieta SCHIMITZEK died in Portugal in 1945. 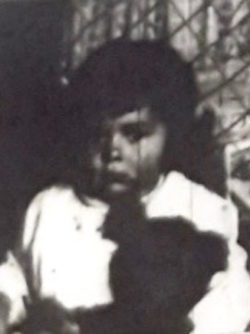 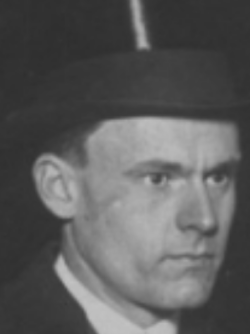 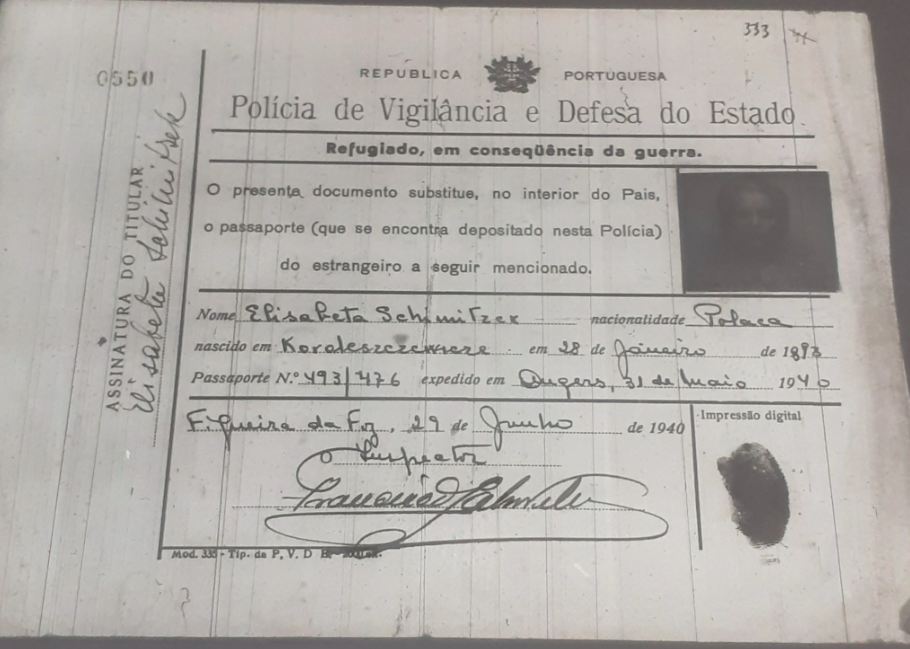 Excerpts of his unpublished diary from the 1940s

Deciding not to think too far ahead, I drove with Mierzynski to the Portuguese consulate for visas. It was late at night, lights were switched off as part of air defense. I stayed next to the car in front of the consulate, while Mierzynski went upstairs with the passports. At that exact moment, an air-raid alarm began. Little lights illuminating the crosswalks here and there went out. Opposite the house next to which I was standing, I saw a dark silhouette of a ship. So we were in the harbor. A group of people who just a minute ago had been standing in front of the entrance to the consulate disappeared. I was the only person in the street which was now filled with darkness and complete silence. I could hear the aircraft engines buzzing in the distance, but no explosions. Mierzynski finally returned with the Portuguese visas. He told me how impressive this office seemed – they were still operating at midnight. The consul in his disheveled shirt and no jacket resembled a madman. Visas were issued with no formalities and off the record. Consul Mierzynski was beginning to wonder if he had fallen victim to some privately run scam. But no – using a flashlight we found an official sign at the gate. We had managed to acquire this valuable visa, which could prove useful to me. It would certainly simplify the decision to leave if I were to ever make that choice.... Reading out fragments of the documents spread out in front of him, Dubicz informed us that on 18 June he had received a telegram from General Sikorski, instructing him to make it possible for the Polish refugees in France to be allowed to cross the Portuguese border. But the Portuguese-Spanish border had closed on 6 June 1940 and remained air-tight. As he was speaking, I remembered that on 18 June of the same year I obtained a Portuguese visa in Bordeaux with no trouble. Dubicz continued, explaining that Portugal at the time was afraid of the fifth column. They feared a domestic coup d’état and wanted to avoid being pressured by the Germans in the event of a decision to receive more Polish refugees. Having spoken to the Portuguese government officials, MP Dubicz sent a telegram to the Polish Government on 21 June, informing that he wasn’t able to acquire visas for the refugees.