The SOLDINGER family received their visas from Aristides de Sousa Mendes in Bordeaux on June 17, 1940, after having been explicitly refused by Salazar, the Portuguese head of state.

They crossed into Portugal and traveled from there to Cuba and then to Trinidad and British Guyana. In January 1941 Jacques sailed from Georgetown, British Guyana to Boston aboard the vessel Lady Hawkins. Alfred (Freddy) followed on the same ship in February, and Augusta sailed on the ship Acadia from St. Thomas to New York, arriving there in April 1941.

Augusta LORIE, the sister of Jacques SOLDINGER, also received a visa from Aristides de Sousa Mendes and emigrated through Portugal. 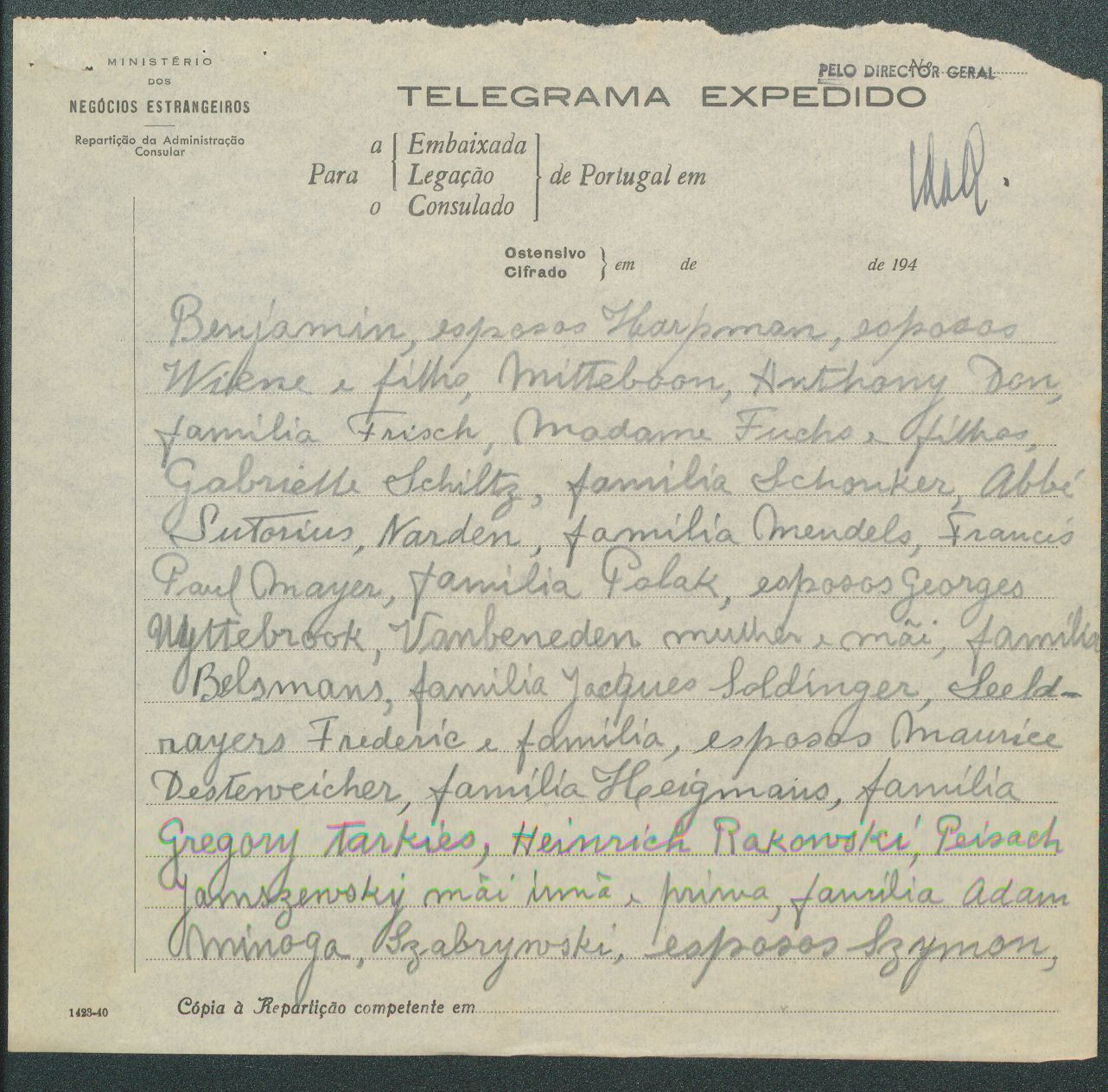