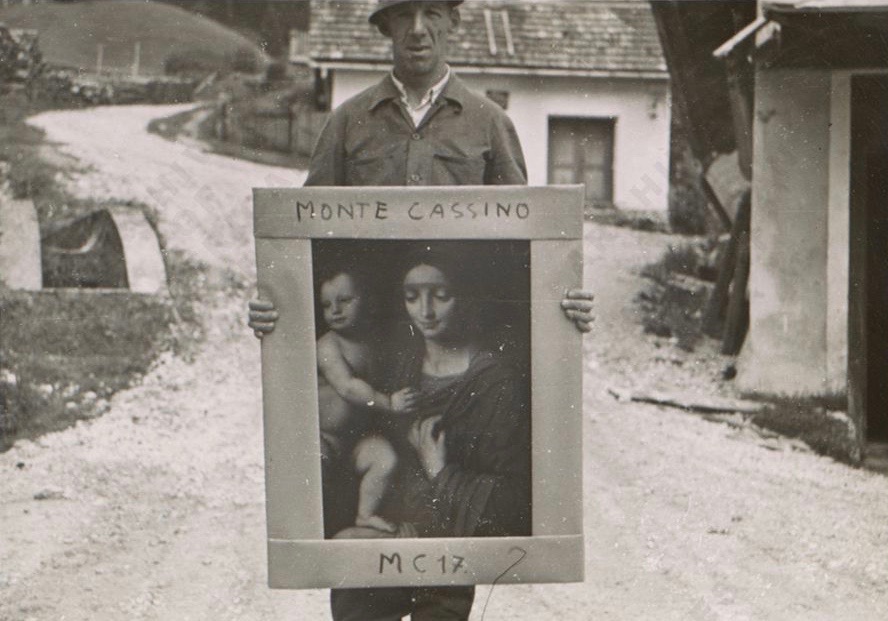 Beginning in September of 1943, Italy became one of the prime sites for the Nazi plunder of art and cultural treasures. Follow a team of investigative art researchers from the Monuments Men Foundation as they pursue every possible lead to search for artwork and gold looted in Italy by the Nazis. Photo: A painting by Italian master Bernardo Luini stolen by the Hermann Göring Tank Division from the Abbey of Montecassino in Italy and recovered in Altaussee, Austria, 1945. Thomas Carr Howe papers, Archives of American Art.

⇒ May 13-16, watch Stealing Italy, episode 8 of the acclaimed investigative documentary series Hunting Nazi Treasure produced by Saloon Media and BriteSpark Films. A link will be provided to all who register.

⇒ Sunday, May 15 at 3:00 p.m. US Eastern Time, tune into the program with our distinguished panel of guests.  A link will be provided to all who register. 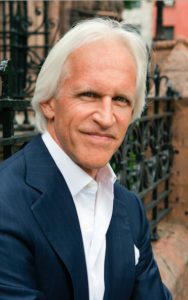 After testing the waters as an aspiring professional tennis player, Robert Edsel shifted careers and built from the ground up a successful oil and gas exploration company that pioneered the use of horizontal drilling. Later he sold the company to pursue his interest in art and architecture, a decision that led to his discovery of the Monuments Men and Women story. In 2007, Robert founded the Monuments Men Foundation for the Preservation of Art to honor the remarkable legacy of these men and women. His work has resulted in numerous honors. He has written four books, published two others, co-produced the Emmy®-nominated film The Rape of Europa, consulted with George Clooney on his film production, The Monuments Men, based on his second book, and has served as the Executive Producer and on-air host of an acclaimed television series, Hunting Nazi Treasure. 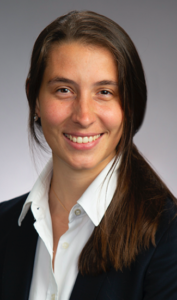 Born in Florence, Anna Bottinelli (right) is President of the Monuments Men Foundation for the Preservation of Art and an expert on art looting and recovery during World War II. She earned her B.A. in History of Art from John Cabot University in Rome and an M.A. in Art History at The Courtauld Institute of Art in London. In 2010, she became the lead research assistant to author Robert Edsel on his project to write about the Monuments Men and their preservation work in Italy during World War II. She has worked at the Monuments Men Foundation in Dallas, Texas since 2014 and was appointed President in 2019. During her tenure at the Foundation, Ms. Bottinelli has overseen numerous restitutions of cultural objects to individuals and museums in Europe. She has served as a consultant for Hunting Nazi Treasure, an eight-part investigative documentary that continues to air internationally. 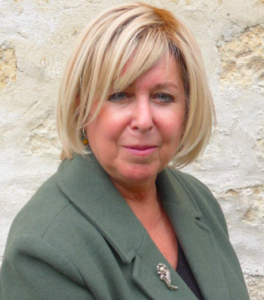 Doreen Carvajal (left) is a former New York Times culture reporter and co-founder of the Orphan Art Project, which aids descendants seeking restitution of looted art and recovery of family history. She is the author of The Forgetting River: A Modern Tale of Survival, Identity, and the Inquisition about tracing her family’s Sephardic roots. Based in Paris, she is currently at work on a book about a looted Renoir portrait and the struggle of a wealthy Jewish family to survive and salvage the painting from the wreckage of the German Occupation in France. She appears in the film Stealing Italy, the final episode of the documentary series Hunting Nazi Treasure.

The program is co-presented with the Monuments Men Foundation.