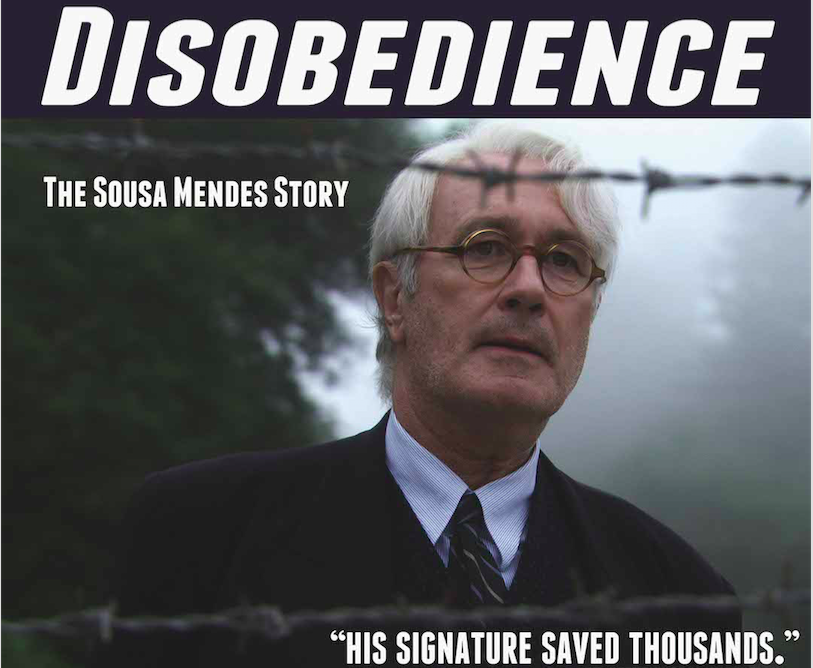 ⇒ May 24 at 4:00 p.m. EST, DISCUSS THE FILM, its context and its relevance to today.  Meet Michael Spett — who received a life-saving visa from Aristides de Sousa Mendes — and Robert Jacobvitz, a longtime prime-mover in the effort to bring justice to Sousa Mendes in Portugal and around the world.  They will lead the discussion and answer your questions.

Michael D. Spett is a retired New York City printer-publisher now residing in Florida. Born in Brussels, Belgium, he escaped with his family via France and Portugal. In 1986 the family’s Portuguese visa, signed by Aristides de Sousa Mendes in Bordeaux, was reproduced in The Courage to Care, a book about the Righteous Gentiles that was designed and printed by his firm. This led to his participation in the Portuguese documentary film Le Consul proscrit and subsequently to the production of another Holocaust related book, The Yellow Star, the American translation of the highly regarded German photo-documentary volume, Der gelbe Stern. He serves on the Advisory Council of the Sousa Mendes Foundation.

Robert Jacobvitz is a graduate of Yeshiva University’s Wurzweiler School of Social Work and holds an MSW in Community Social Work. For ten years he directed the Jewish Community Relations Council of the Greater East Bay, and it was in this capacity in the 1980’s that he began championing the cause of Aristides de Sousa Mendes. In 2005 he received the Aristides de Sousa Mendes Humanitarian Medal from the International Raoul Wallenberg Foundation. His paper “Reinstating the Name and Honor of a Portuguese Diplomat Who Rescued Jews during World War II” was published in the Winter/Spring 2008 issue of The Journal of Jewish Communal Service.  He is the Chair of the Sousa Mendes Foundation’s Advisory Council.

*** PLEASE NOTE:  REGISTRATION FOR THE DISCUSSION IS CLOSED, BUT YOU CAN STILL RENT THE FILM BY CLICKING ON THE TICKET BELOW. ****