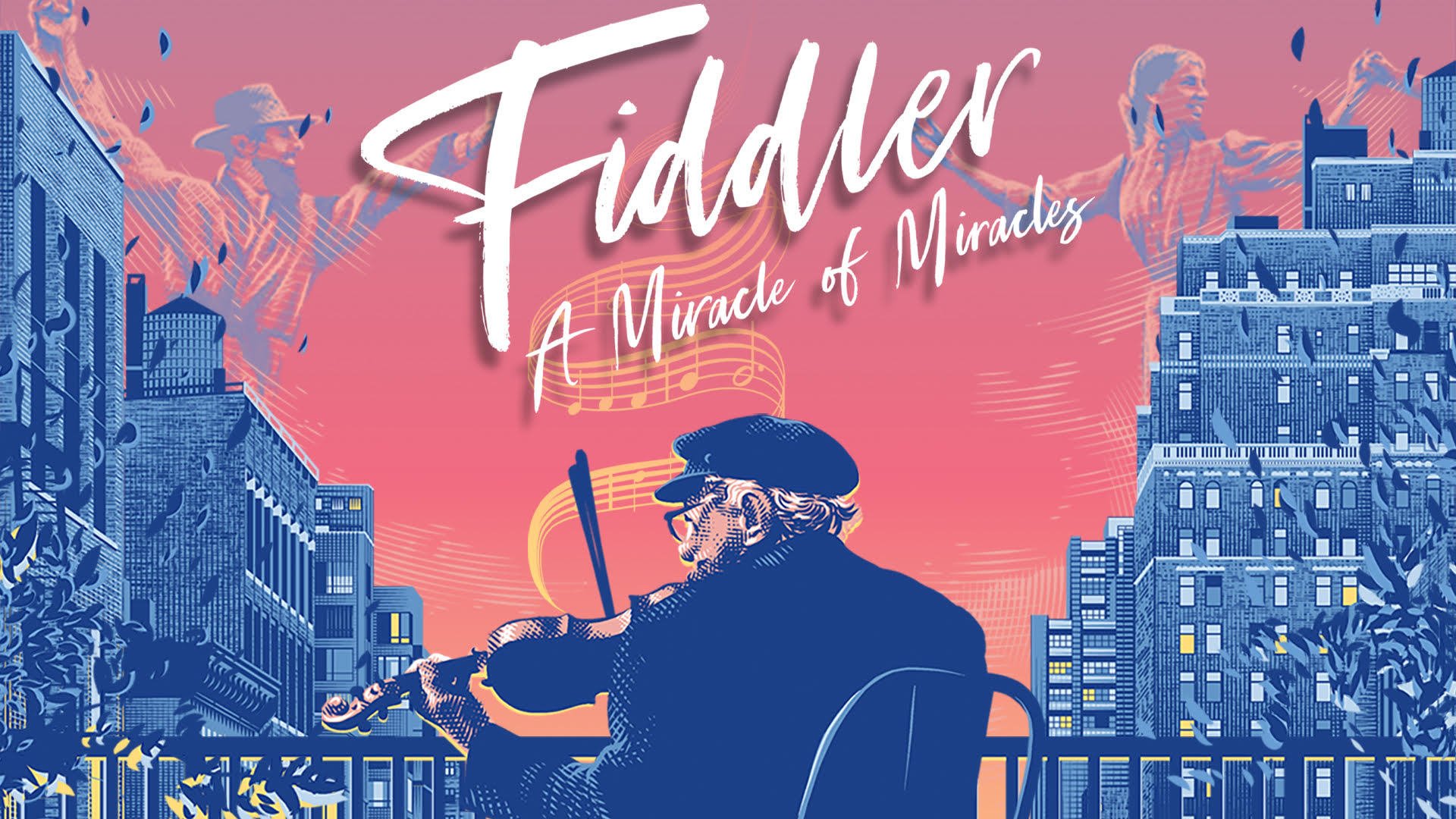 Meet the producer, the director, and the star! Join us for a Chanukah program celebrating the triumph of the human spirit. Steven Skybell is the award-winning Tevye of the Fiddler on the Roof in Yiddish production that recently took New York by storm, and Mimi Turque played two of the daughters in the original Broadway production. We will watch Max Lewkowicz‘s dazzling Fiddler – A Miracle of Miracles produced by Patricia Kenner and then spend an uplifting hour together.  Lechaim! 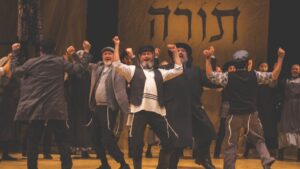 Above: Steven Skybell in the role of Tevye in Fiddler on the Roof in Yiddish 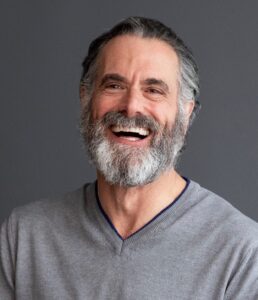 Steven Skybell (right) most recently starred off-Broadway as Tevye in Fiddler on the Roof in Yiddish directed by Joel Grey, for which he received the Lucille Lortel award for Best Performance by a leading actor in a musical. His Broadway credits include: the 2016 revival of Fiddler on the Roof (Lazar Wolf), Pal Joey, Wicked, The Full Monty, Love!Valour!Compassion!, Café Crown, Ah, Wilderness! Additional off-Broadway credits include: Babette’s Feast, Cymbeline, Antigone in NY (Obie Award). Other: Camelot (Helen Hayes nomination); Broken Glass, Caucasian Chalk Circle (both, Connecticut Critics Circle nomination); Henry V (Shakespeare Globe, London). TV/Film: Blue Bloods, Elementary, Chicago P.D., Cradle Will Rock, Simply Irresistible, Arthur Miller’s Everybody Wins, and many other credits. He is a 1984 graduate of Yale University. 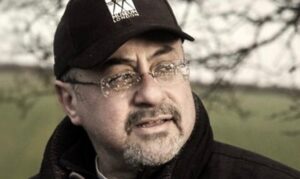 Max Lewkowicz (left) has written, directed, and produced hundreds of productions for network and public television. His credits include award-winning films about the Dance Theater of Harlem, Nelson Mandela’s struggle against Apartheid in South Africa, as well as Across the Bridge, a documentary about the American Military Doctrine in Germany during the Cold War and Ours to Fight For, telling the stories of American GIs in World War II. He has written, produced and directed museum exhibition films and interactive presentations for the Normandy American Cemetery Visitor Center, The Museum of Jewish Heritage—A Living Memorial to the Holocaust in New York, The South Africa Heritage Museum in Cape Town, and the Montreal Memorial Holocaust Center. He has won the Silver Screen Award at the U.S. International Film and Video Festival, the grand prize of The Chicago International Film Festival, and the 2003 Award of Excellence from the National Association of Museum Exhibitions. 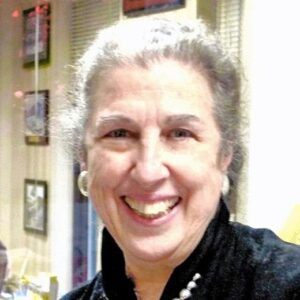 Patricia Kenner (right) is the Executive Producer of Fiddler – A Miracle of Miracles.  Previously she produced Ahead of Time, a film that chronicles the astonishing life story of pioneer journalist and photographer Ruth Gruber. Both films have won prizes and critical acclaim. She is a humanitarian and philanthropist who serves on the Boards of the Museum of Jewish Heritage, the Defiant Requiem Foundation, Selfhelp Foundation, Educational Alliance, Carnegie Mellon University, and the American Heart Association and is co-chair of the Community Initiative on Holocaust Survivors at UJA. 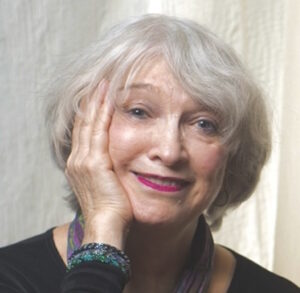 Mimi Turque (left) performed in the original Broadway production of Fiddler on the Roof, playing Hodel alongside Bette Midler, who portrayed her sister Tzeitel. Her first major role was as Louise in the 1961 national tour of Gypsy. Her Broadway credits include Lili in Carnival! as well as Antonia Quijana in the original Man of La Mancha. She played Jenny in the revival production of The Threepenny Opera on Broadway and portrayed Molina’s Mother in Kiss of the Spider Woman. She is a co-creator of the musical Blue Roses, based on The Glass Menagerie.

This is a fundraising program, but we have a benefactor who will sponsor the ticket of anyone who does not have the funds to attend. To request a sponsored ticket, simply contact us at info@sousamendesfoundation.org with subject line FIDDLER.

TICKETS ARE AVAILABLE AT FOUR DONATION LEVELS, ALL TAX DEDUCTIBLE:

TO LIFE! level ($180) — Includes CAST ALBUM of FIDDLER ON THE ROOF IN YIDDISH and tickets sent to four email addresses of your choice (including yours). Great opportunity to share the program with friends and family!

MIRACLE OF MIRACLES level ($360) — Includes season pass to ALL SOUSA MENDES FOUNDATION VIRTUAL PROGRAMS in 2021, CAST ALBUM of FIDDLER ON THE ROOF IN YIDDISH and tickets sent to eight email addresses of your choice (including yours). Great opportunity to share the program with even more friends and family!

IF I WERE A RICH MAN (or WOMAN) level ($1800) — Includes choice of any available FIDDLER ON THE ROOF merchandise (e.g. tote bag, laptop computer cover, cell phone case), season pass to ALL SOUSA MENDES FOUNDATION VIRTUAL PROGRAMS in 2021, CAST ALBUM of FIDDLER ON THE ROOF IN YIDDISH, and tickets sent to 40 email addresses of your choice. It’s a Chanukah ZOOM party!