This program is a birthday tribute to Aristides de Sousa Mendes, born on this date in 1885. It also celebrates the 10th anniversary of the Sousa Mendes Foundation and the 80th anniversary of Sousa Mendes’s action. Join renowned Holocaust scholars Michael Berenbaum and Mordecai Paldiel for inspiring stories of four diplomat rescuers: Hiram Bingham of the United States, Georg Duckwitz of Germany, Carl Lutz of Switzerland, and Sousa Mendes of Portugal. Participants are invited to add their own tributes, that will be shared!

⇒ July 17-19, any time, watch the History Channel’s documentary film Diplomats for the Damned (44 minutes) on your home device. To watch the film, click here. 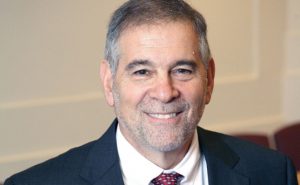 Dr. Michael Berenbaum, Director of the Sigi Ziering Institute and co-founder of the United States Holocaust Memorial Museum, is one of the foremost Holocaust authorities in the world today. His books include A Promise to Remember: The Holocaust in the Words and Voices of Its Survivors; The World Must Know: The History of the Holocaust as Told in the United States Holocaust Memorial Museum; Anatomy of the Auschwitz Death Camp; A Mosaic of Victims: Non-Jews Persecuted and Murdered by the Nazis and Witness to the Holocaust: An Illustrated Documentary History of the Holocaust in the Words of Its Victims, Perpetrators, and Bystanders. In film, his work as co-producer of One Survivor Remembers: The Gerda Weissman Klein Story was recognized with an Academy Award, an Emmy Award and the Cable Ace Award. He was the historical consultant on The Shoah Foundation’s documentary The Last Days, which won an Academy Award for best feature-length documentary. He serves on the Advisory Council of the Sousa Mendes Foundation. 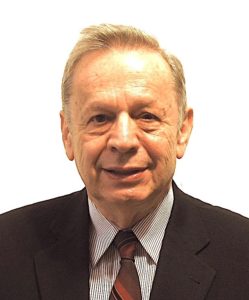 Dr. Mordecai Paldiel headed the Righteous Among the Nations Department at Yad Vashem from 1982-2007.  His books include The Path of the Righteous, Sheltering the Jews, Saving the Jews, Diplomat Heroes of the Holocaust, Saving One’s Own: Jewish Rescuers During the Holocaust and The Righteous Among the Nations. He currently teaches at Stern College and Touro College and serves on the Board of the Sousa Mendes Foundation. Thanks to his efforts, there is now a square named for Aristides de Sousa Mendes as well as a street named for Raoul Wallenberg, both in Jerusalem.

This event is co-sponsored by the Cercle Carl Lutz and the University of Miami Holocaust Teacher Institute.