On this Memorial Day program we honor the memory of the Holocaust rescuer Aristides de Sousa Mendes with a panel featuring former Congressman Tony Coelho, who was instrumental in bringing justice for this hero in his home country of Portugal, and two granddaughters of Sousa Mendes: Sheila Abranches-Pierce and Angelina Mendes Muetzel. The program will be moderated by Robert Jacobvitz, a pioneer in the effort to have Sousa Mendes recognized for his action to save Jews and other refugees from the Holocaust.

⇒ May 28-31 (optional) watch the film Disobedience: The Sousa Mendes Story ($6.99) on your home device. A link will be provided to all who register, with film rental instructions.

⇒ Sunday, May 30 at 4:00 p.m. US Eastern Time, tune into the free presentation by our distinguished panel. A link will be provided to all who register. 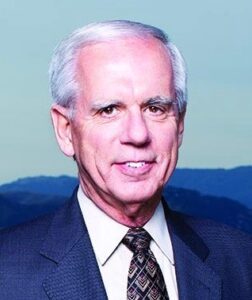 The Honorable Anthony “Tony” Coelho is a former six-term United States Congressman from California, and House Majority Whip, the third most powerful position in the House of Representatives. It was thanks to his intervention in the Sousa Mendes case as a Portuguese-American leader that Portugal finally reversed its punishment of the Holocaust rescuer and declared him a national hero. He was the primary author and sponsor of the Americans with Disabilities Act (ADA) — the most important piece of civil rights legislation in the last 30 years. In 2018, Mr. Coelho founded The Coelho Center for Disability Law, Policy and Innovation at Loyola Marymount University. 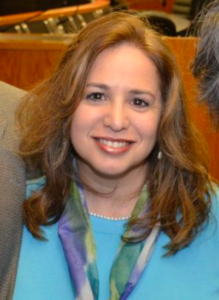 Sheila Abranches-Pierce (right) is a granddaughter of the Holocaust rescuer Aristides de Sousa Mendes and his wife Angelina. Her father John Paul, their 14th child, was instrumental in the effort to have Portugal recognize Sousa Mendes as a national hero. She is a former Board member of the Sousa Mendes Foundation and has been active in telling her grandfather’s story since the 1990s. Born and raised in the East Bay, she spent 27 years working in the banking industry in New York before moving home to California to marry her high school sweetheart. Over the years, she has enjoyed the privilege of representing the Sousa Mendes family at various events in the tri-state area, Portugal, France and California. 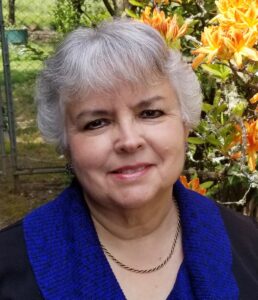 Angelina “Gigí” Mendes Muetzel (left) is a granddaughter of Aristides and Angelina de Sousa Mendes. Her father was Carlos Francisco Fernando, their 11th child. Gigí attended school in the US, Mexico, Portugal and England. She has participated along with her family in various Sousa Mendes events in CA, Mexico, the United Nations in NY, and the European Parliament in France. She also has shared her grandfather’s story with local media and different groups. She is now retired and living with her husband Duane at their ranch in Oregon. They have two daughters María, AmyLea and a grandson Joaquín, who is the light of her life. 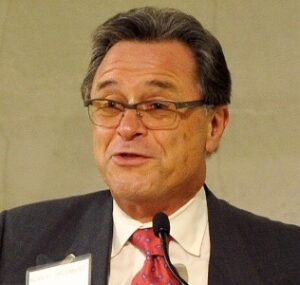 Robert Jacobvitz, who will moderate, is a Board member of the Sousa Mendes Foundation and Chair of its International Advisory Council. He is a graduate of Yeshiva University’s Wurzweiler School of Social Work and holds an MSW in Community Social Work. For ten years he directed the Jewish Community Relations Council of the Greater East Bay, and it was in this capacity in the 1980’s that he began championing the cause of Aristides de Sousa Mendes. He wrote a seminal article on Aristides de Sousa Mendes that can be read at this link.

Registration for this program will close on Thursday, May 27 at 10 PM US Eastern Time. Links and instructions will be sent by email the following morning, and again on the morning of the program.