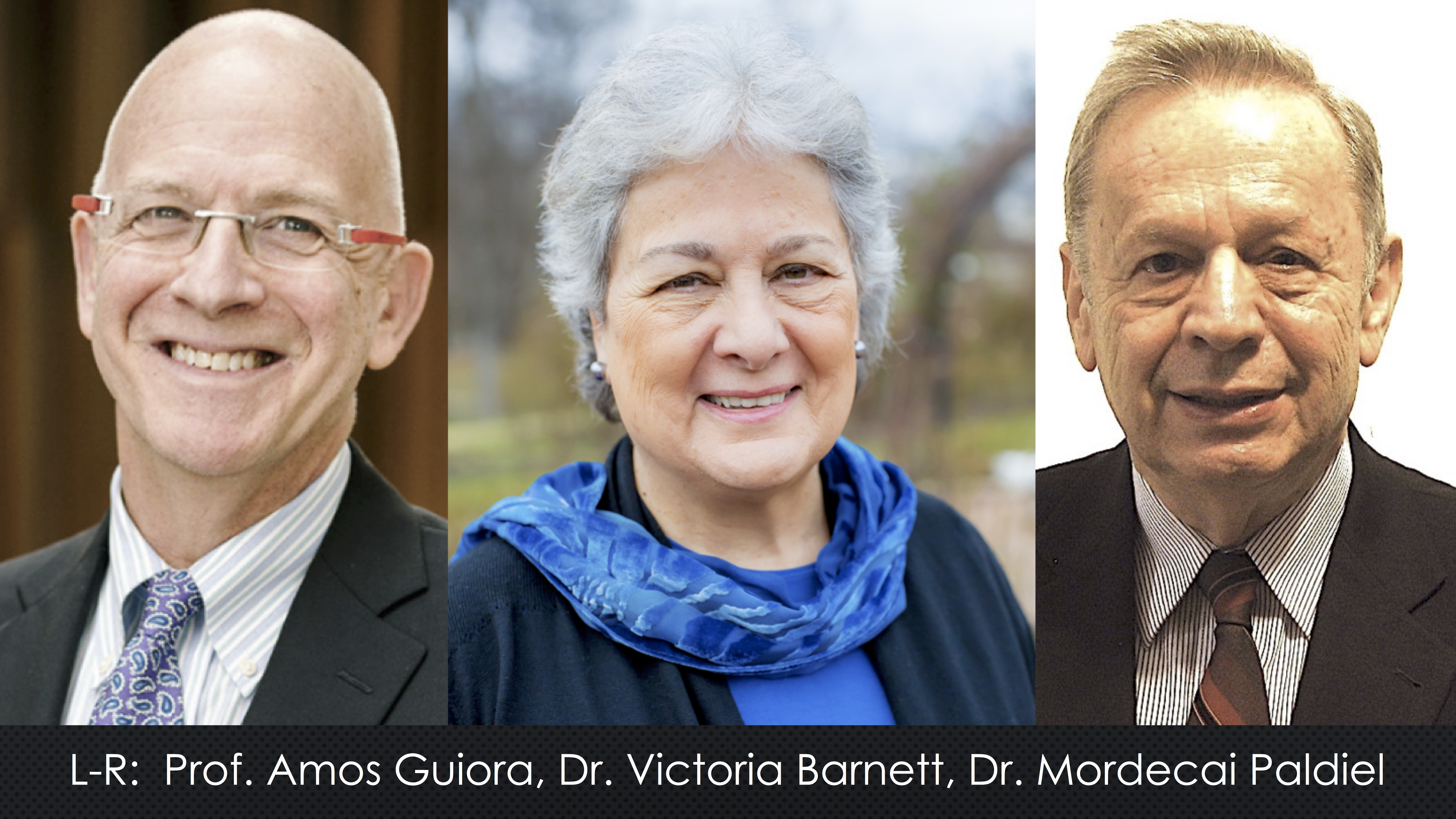 Dr. Victoria J. Barnett was Director of the Programs on Ethics, Religion, and the Holocaust at the United States Holocaust Memorial Museum from 2004-2019. She also served as one of the general editors of the 17-volume Dietrich Bonhoeffer Works, the complete English edition of Bonhoeffer’s writings published by Fortress Press. She has lectured and taught about the history of the Protestant churches in Nazi Germany and during the Holocaust. Her books include Bystanders: Conscience and Complicity during the Holocaust (2000) and For the Soul of the People: Protestant Protest against Hitler (1992). Her most recent book is “After Ten Years”: Dietrich Bonhoeffer for Our Times.

Amos N. Guiora is Professor of Law at the S.J. Quinney College of Law, the University of Utah and a retired Lieutenant Colonel in the Israel Defense Forces. He is actively involved in bystander legislation efforts in Utah and other states around the country. Guiora holds an A.B. in history from Kenyon College, a J.D. from Case Western Reserve University School of Law, and a Ph.D from Leiden University. He has published extensively both in the United States and Europe on issues related to national security, limits of interrogation, religion and terrorism, the limits of power, multiculturalism and human rights. He is the author of numerous books including The Crime of Complicity: The Bystander in the Holocaust (2017) and Armies of Enablers: Survivor Stories of Complicity and Betrayal in Sexual Assaults (2020).

Dr. Mordecai Paldiel headed the Righteous Among the Nations Department at Yad Vashem from 1982-2007.  His essay “Calling Myself Into Question: How the Bystander Becomes a Rescuer” was published in the Holocaust education journal Prism. His books include The Path of the Righteous, Sheltering the Jews, Saving the Jews, Diplomat Heroes of the Holocaust, Saving One’s Own: Jewish Rescuers During the Holocaust and The Righteous Among the Nations. He teaches at Stern College and Touro College and serves on the Board of the Sousa Mendes Foundation. Thanks to his efforts, there is now a square named for Aristides de Sousa Mendes as well as a street named for Raoul Wallenberg, both in Jerusalem. He is a member of the B’nai Brith committee in Israel honoring Jewish rescuers of Jews during the Holocaust.

Registration for this program has ended.