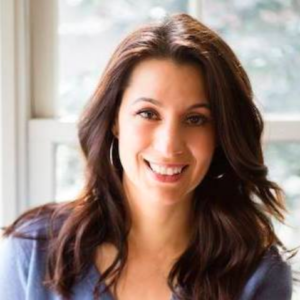 Author Yvette Manessis Corporon (right) is a Senior Producer with the syndicated entertainment television news show, EXTRA. She has received three Emmy Awards, several Emmy nominations, a Silurian Award for Excellence in Journalism and the New York City Comptroller and City Council’s Award for Greek Heritage and Culture. Her earlier book, When The Cypress Whispers (Harper, 2014) was translated into fourteen languages and is an international bestseller. Her latest book Something Beautiful Happened has been translated into Hebrew and German and will soon become a documentary film titled Hope. 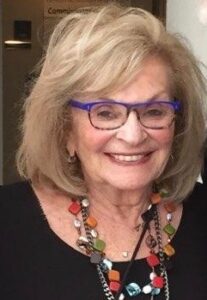 Interviewer Dr. Miriam Klein Kassenoff (left) fled Nazi-occupied Europe from Kosice, Slovakia, as a small child in 1941, via Lisbon, Portugal. Miriam is an appointee to the Florida Education Commissioner’s Holocaust Task Force. She is the Founding Director of the University of Miami Holocaust Institute and is a frequent speaker on Holocaust education at conferences and workshops nationwide. In February 2019 she was given a Special Tribute by the Florida House of Representatives for her work on behalf of the Jewish Community of Florida. In October 2019, she was honored in Pittsburgh, PA with The Lifetime Achievement Award given by Classrooms Without Borders.