Meyer Weisgal was an American Zionist visionary who focused a spotlight on the urgent need to rescue the imperiled Jews of Europe in the 1930s. Through his determined, creative and often ingenious endeavors — including his production of a thick magazine celebrating the birth of the Hebrew University, his spectacular pageants The Romance of a People and The Eternal Road at Chicago’s 1933 World’s Fair and on Broadway, respectively, and his conceptualization and management of the popular Jewish Palestine Pavilion at New York’s 1939 World’s Fair — Weisgal dedicated his life to the survival and flourishing of the Jewish people. 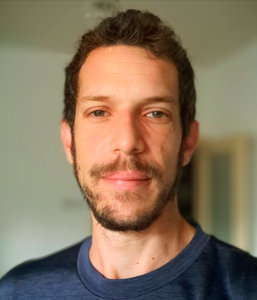 Jonathan Amir, left, is a documentary filmmaker and video editor based in Tel Aviv, Israel. He is the great-grandson of Meyer Weisgal and with his brother Noam he is currently working on a feature-length animated documentary film about Weisgal’s life. They were inspired by their grandmother who was Weisgal’s daughter and who co-wrote his autobiography, So Far, which is partly the basis for the movie. The movie will focus on Weisgal’s career and his relationship with his idol, mentor and friend, Chaim Weizmann, and how together they promoted the creation of the state of Israel. 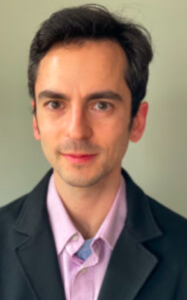 Dr. Max Samson, right, is an adjunct professor in the Department of Geography at DePaul University. Originally from the United Kingdom, his research interests center on the construction and contestation of religious identities across a range of spaces on either side of the Atlantic, from religious schools to city streets. An author of over a dozen peer-reviewed journal articles, one portion of his scholarship pertains to Meyer Weisgal’s efforts to raise wider awareness of antisemitism in the 1930s, to improve Jews’ social standing in American society, and to build support for the creation of a future Jewish state. He chairs the Geography of Religion and Belief Systems international specialty research group of the American Association of Geographers, and is an Associate Editor of the Jewish Journal of Education. 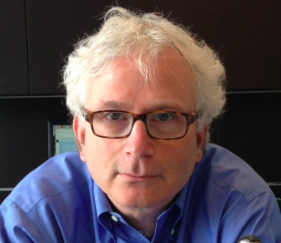 David Matlow, left, is a lawyer at Goodmans LLP in Toronto and the owner of the world’s largest collection of Theodor Herzl memorabilia. After receiving a thick magazine published by Meyer Weisgal on the occasion of the 25th anniversary of Herzl’s death in 1929, Matlow began to research Weisgal’s work, and his collection now includes artifacts from Weisgal’s initiatives that David will share for the first time. His website is: www.herzlcollection.com